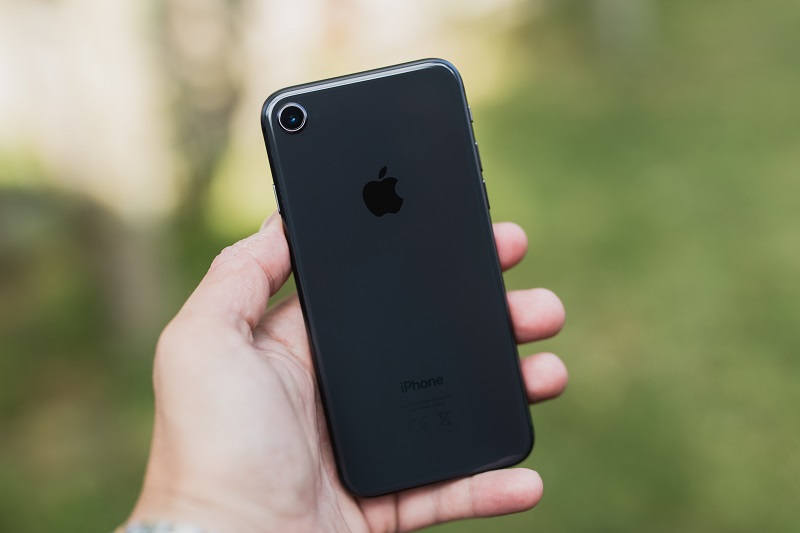 Screen Time is one tool that a majority of parents use today on iPhones and iPads. Right from monitoring iOS devices to tracking all the apps and the amount of time spent on them, Screen Time gives parents a report on what their kids have been up to and whether there’s any intervention required. But kids are finding ingenious hacks to bypass Screen Time on iOS devices.

If there’s one thing that new age parents have learned in the last few years, it’s to never underestimate a child’s capabilities in the face of restrictions, particularly when that child has limited screen time. Knowing their way around technology, it’s not surprising that kids today manage to circumvent security blocks and bypass restrictions. Wondering how children bypass Screen Time? Here are a few iOS screen time hacks children employ to bypass Screen Time on iPhones and iPads:

Once your children know the workings of an iPhone, it’s a challenge to outsmart them - especially given that one commonly used trick is to factory reset the phone. This erases all existing restrictions and allows the child to restart all over again without the parents’ knowledge. Keep an eye on the data given to you on Screen Time. If it wavers, or shows no usage tracking, then perhaps your child has reset his or her phone.

Here are some useful observations from Jared, a Mobicip subscriber: While the traditional factory reset option would result in a complete data loss, your child could potentially backup their personal data on the family iCloud account linked to their phone and retrieve the same data later (if they had access to the iCloud credentials). The preferred option would be to set up the child device using the parent Apple ID instead of the kid's own iCloud credentials.

Has your child ever seen your passcode? Maybe they were watching over your shoulders without you noticing, or you told them once to send a message when your hands were busy? All it takes is a glance and your child can bypass App Limits and Downtime. Be discreet while entering your passcodes and make it a tough one! Also, watch out for screen recording. It appears as a red dot on the top of the screen and records your every move, including passcode. If your kids are recording your screen activity, that’s a serious breach of your privacy and an indicator that they’re serious about seeking their own device privacy, for whatever reason. Disable it and simply have a chat with your child about why parental restrictions are so important.

This is a commonly used hack and can be difficult to spot, so you might want to watch over your child from time to time when they’re on their phones. If your child can text their friends using iMessage in spite of your turning it off during App Limits or Downtime, chances are they are getting Siri’s help. You can curb this by toggling ‘Siri & Dictation’ OFF under the Allowed Apps option.

Downtime is a useful tool that prevents children from using certain apps for a while. If the ‘Block at Downtime’ toggle is on, the child will have to request their parents for an extended time. However, right before Downtime begins, it is possible to change the phone’s time zone in order to evade it! Choose ‘Don’t Allow Changes’ on the Location Services screen to keep the time zone constant.

If you’ve set screen time limits and your child can still use those apps, follow these steps. On your kid’s iPhone, Screen Time> App Limits> Add Limit>Select the category or individual app>Tap on “Next”>Set your time limit>Toggle on “Block at End of Limit”

Children can use a software downloaded to a Mac or PC, and sift through an iTunes backup file to get the 4-digit passcode.

We have witnessed some ingenious hacks here; but this one beats them all! Once Downtime is enabled, kids take a screenshot and they use the picture to select ‘Send’. This pops up a secret iMessage portal from which they can continue to text.

Deleting and Re-downloading an App to Bypass App Limits

What if your child deletes and re-downloads an app as soon as the app limits have reached? When the time limit for a particular app is up, children are just uninstalling it from the device and they open the App Store by clicking on the cloud icon at the top right that provides access to other iCloud accounts. Then they can re-install the same app.The previous time limit is no longer applicable to that app.

Your kids can extend the time limits on texting by attempting to share a contact by text. The iMessage applet pops right back up and they can continue texting.

Kids can launch Safari from inside of 3rd party apps which have built in browsers. For example, this is possoble on the Gmail app or Facebook Messenger app. Also, children can go ahead with some other free apps with in-app advertisements. To run the in-app browser, they are clicking on the links inside the app and then the built-in browser is opened. In this in-app browser window, children can visit any other website or play any game online.

Kids who know the password for a device can add a fingerprint in the “Password & Touch ID” section in settings. If you ever share your password with your kids or they catch it with a screen recording, they can go into Settings – Password & Touch ID and can add a new fingerprint then and there. After that, they can easily disable or unlock the iOS device and adjust Screen Time settings according to their wish. To prevent this from happening, add a password for Screen Time and NEVER share this master password with your kids.

While parents could beat these hacks with some time and effort, there’s nothing stopping motivated teens from figuring out a new way to bypass Screen Time restrictions or other Apple parental controls! It's both scary and alarming to see how easily Apple's so-called controls designed by experts can be bested by young children. Here's an example of a young boy showing how he can open almost any iPad without a passcode:

In early 2018 with the release of iOS 12, Apple came up with a new page on its website addressing families about how safe their product is for children. With an intriguing headline - ‘You want to do what’s best for your family. So do we.’ - Apple’s new page implored parents to utilize Screen Time & its various other tools to ensure their children stayed safe in the online world. Apple’s move was seen as an attempt to assuage concerns about kids getting addicted to iPhones & iPads. While Screen Time has been helpful and does a decent job with respect to content filtering, it has been largely inept at actually controlling screen time. The Screen Time feature has been hacked or bypassed in numerous ways by motivated smart teens who are much too attached to their iPhones or iPads! Even young kids find ways to beat features designed by experts! There are so many more reasons why iOS Screen Time just doesn’t work for families.

When it comes to children today, technology and restrictions don’t always go hand in hand. When you find your child devising ways to outsmart your iPhone's parental control tools, have a chat with them and explain why restrictions needn’t always be so bad. Walk them through the benefits of replacing screen time with free play and how they can learn more from unstructured time. It’s not about turning into sleuths to see what kids are up to; it’s more about knowing what it takes to protect your child from the downside of the online world. When utilized right, the internet can change a child’s life, hone their skills and expand their knowledge.

Mobicip is the smartest way to enjoy peace of mind & keep your kids safe online. Our goal is to help raise smarter, stronger and kinder kids in this digital world. Mobicip's award-winning internet filter blocks all inappropriate content online. Combined with its screen time, app blocking and location tracking features Mobicip allows parents to set holistic controls and keep an eye over their children's digital experience.

Teenspeak in the digital era“WTH*”  says my teen, as I pour water over her sleepy head. “KMN*”, she groans, when I remind her that online school starts in about thirty-six seconds, and says, “TSNF*”.  *What-The-He##, Kill-Me-Now, That’s-So-Not-FairLiving with a teenager teaches me that this breed of

Children watching pornWhile the age of digital information is here to stay, and indeed benefits humanity in many ways, its risks to kids and adolescents cannot be stressed enough.  One such risk is exposure of kids to age-inappropriate content such as pornography – the elephant in the room that must

Effects Of Cyberbullying On Children

Screen Time is one tool that a majority of parents use today on iPhones and iPads. Right from monitoring iOS devices to tracking all the apps and the amount of time spent on them, Screen Time gives parents a report on what their kids have been up to and whether there’s any intervention required. But

Texting And Driving – The Conjunction Is “OR”

The Roman poet Decimus Iunius Iuvenalis (“Juvenal” in English) lived in the 2nd century AD. In his book of satirical poems, he wrote: Rarus enim ferme sensus communis - “common sense is generally rare”.  Twenty centuries later, after we’ve sent man to the moon and connected the world in zettabytes o