How Apple's AirDrop Is Misused For Cyber Flashing 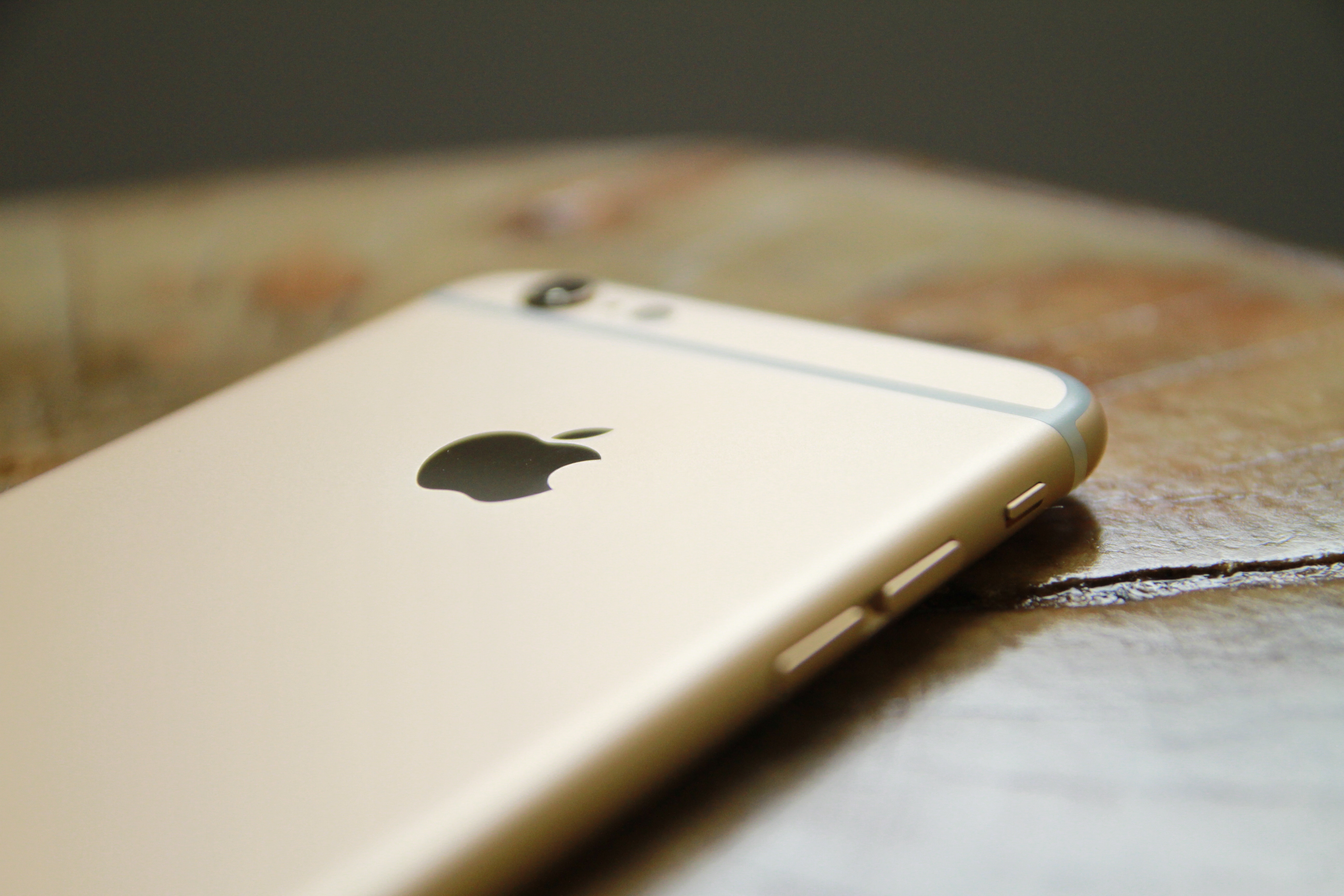 What is Cyber Flashing?

Cyber Flashing can be best described as an incident or multiple incidents where explicit or inappropriate media files are sent to your phone anonymously and without permission. This is most commonly reported amongst iPhone users. Using an application called AirDrop anyone with an iPhone (or other iOS device) can send images, videos or documents without permission to other iOS devices within a 30 feet radius; provided AirDrop is set to receive files without explicit permission on the receivers' iOS devices (which is the default setting).

Who Are the Common Victims of Cyber Flashing?

Even as adults, it is never pleasant to receive unsolicited images. However, we at least know how to handle ourselves and the situation. Can this be said of your teenagers at home? In today’s day and age, plenty of us parents have equipped our children with iPhones. This essentially places multiple iPhones within a tight circle of each other during school and on the bus ride home. If their AirDrop settings are set to accept files from everyone, you are putting them at the risk of receiving inappropriate images.

It’s Not Just a Digital Threat

Just like actual flashing, cyber flashing can also prove to be a very real physical threat. A case registered by Sophie Meehan, who was 20 years old at the time, portrays just that. While waiting to board a train with her father, an ex-cop, she was sent first an image of female genitalia and then one of male genitalia, through AirDrop.

Meehan ignored the images, but the situation worsened when her father had to leave to use the station toilets. At that time, a man approached her and stood about a metre away. He kept staring directly at her and the cyber flashing continued – Meehan received image upon image while the man continued to stand and stare. Although he left as soon as her father emerged from the toilets, she was still badly shaken and she still describes the incident as ‘very intimidating’.

Another case where cyber flashing took a physical manifestation was when 28-year-old Kara was cyber flashed on her commute home. The situation was made more terrifying by the fact that the carriage she was travelling in that night was relatively empty. The only other people in the carriage were a group of teenage girls and one man. When she started receiving explicit images of the man’s private parts, she quickly understood that they were meant for the teenage girls’ phones.

Nevertheless, the man realized who had received the images, and kept looking over at her as he bombarded her with more. As she scrambled with her phone attempting to deactivate her AirDrop, the man sent her fifteen more images. The situation became all the more worrisome when she was left practically on her own in the train with the man. When she called Transport Police for help, she was asked to get off at the next station. The man followed her off the train. While she hurried to report the incident to the guard, the man realized he had been spotted and left the station.

These incidents show that cyber flashing can be no less threatening and traumatizing than actual flashing. It also has the capacity to present itself as a physical threat. But the difference is that, unlike actual flashing, it can be done in a relatively public space without onlookers even knowing that an offense is taking place! According to experts, the anonymity that comes with AirDrop makes the crime particularly attractive to a lot of people who would probably not otherwise have flashed someone in the ‘traditional’ way within a crowd.

Sending and Receiving a Photo with AirDrop

To send a photo using AirDrop, you can go to your gallery, choose an image and click on the ‘share’ icon. Of the sharing options displayed, choose ‘AirDrop’ – this will allow you to send your images to a particular device or to everyone within a 20-30 feet radius from you. However, you can transmit only to devices running on macOS or iOS.

When you receive an image via AirDrop, it appears as a popup with a preview of the image. That means your children don’t even have to open the image, to be exposed to cyber flashing.

The Problems with AirDrop

Just like most of Apple’s in-house applications, AirDrop also comes pre-installed on macOS and iOS devices. The problematic part is that the default settings dictate that the app can receive images from ‘Everyone’ with an iPhone, iPad or iPod within a radius of 30 feet. This means that if AirDrop is enabled on your child’s phone, images sent by strangers will pop up on their phone.

Another problem with AirDrop is that the person scanning all available networks can see the names of all the available devices. For example, if your daughter named Christina has named her iPhone as Christina’s iPhone, the person sending the images can easily make the connection between the person receiving them (through their reaction at having seen the pictures) and the name. This makes the person sending the unwanted photos privy to the appearance, name and location of your child… which can lead to dangerous consequences.

The problem with cyber flashing is that it is very hard to catch the person sending the pictures, especially when they are sent in a crowded place. Since no phone number is required, the only immediate identification of the sender is the name of their phone – which can be easily renamed to practically anything.

Although Apple does ask for the birth date and year of the device user while registration, the default AirDrop settings remain unchanged no matter the age of the user. While you can expect Safari to run on a child-safe mode, there is no intelligent adaptability on AirDrop thus far.

What Does the Law Say?

The first case of cyber flashing was reported in the year 2015 by a UK woman who received two pictures of male genitalia while on her commute home. Since then, the number of these incidents has only increased, and more and more women and children are coming forward to report these incidents.

Sadly, cyber flashing has not yet been criminalized in most countries and the countries like New Zealand and the UK that do deal with these cases, have no separate law to deal with it. Having said that, a case can be filed on the basis of harassment and it is definitely advisable to file a report with the police when such an incident occurs.

What Can Apple Do Differently?

Apple can greatly help with the cyber flashing problem by making simple changes to the AirDrop software. Here are the three ways in which the application could be made smarter:

Cyber flashers are able to catch their victims off-guard because there is no filter between the victim’s phone and the images being sent to them. The targeted person’s phone displays the image right on the screen as soon as it sent. Apple can resolve this issue by removing the default preview of images. When the receiver realizes that they are being sent images from an unknown number, they should be able to make the conscious decision to view the images or remove them without having to look at them.

By simply changing AirDrop’s default settings from Receive From ‘Everyone’ to ‘Contacts Only’ the problem can be largely resolved. Better yet, the option for Receiving images from Everyone should be completely eliminated from the app. Although it can be possibly a bit of a nuisance to have to add the numbers of everyone from whom you want to receive images, it would save many people from being victims of cyber flashing.

Put Up a Warning

What Are the Options at the Moment?

Although Apple can easily take any or all of these steps, it has done nothing yet. It is further proof that the perpetrators are thriving because of a lack of understanding of the whole situation and the silence of the people being targeted. Since the above options are not yet available, you can try the following steps to protect yourself from being a victim of cyber flashing.

The first line of defence against Cyber Flashing is to completely disable AirDrop so that it does not run in the background and manually turn it on whenever needed. Follow the following steps to disable AirDrop:

Another, less rigorous but straightforward way of protecting yourself is by customizing the settings. You can choose to receive from or send images to people whose numbers are already stored on your phone. This way, the possibility of total strangers sending unsolicited images to your phone becomes practically zero. You can follow the following steps to change the settings:

Chances are, that if your child is old enough to own a phone, they will be familiar with terms like pornography and sexual harassment. Sit them down and inform them about Cyber Flashing, how to protect them against it and what steps to take if they ever are subjected to it.

Children can be brutal with each other and if not used responsibly, AirDrop can prove to be a damaging tool. Children can use it to:

This can inflict long-lasting psychological damage to the victim. Therefore, when buying your child a phone, it is necessary to sit them down and explain the responsibility which comes with having a phone.

Remember That You Are Not Alone!

If your child has been a victim, it is important to let them know that they are not alone. Usually, especially with children, the first response is to believe that it was something that they did wrong which lead them to be targeted. There have been cases where women thought that they had been sent the images accidentally or they were caught between a private exchange, and it took them weeks to realise that they had been targeted by a cyber flasher.

Teach your child to speak up and not ‘laugh it off’ or feel nervous or guilty about the situation. When you educate your child that there are others like them who have faced similar circumstances, it helps them address the situation better. As a child, the worst fear is to be singled out of the crowd or being different. When they are educated that there are several others who have been put in the same situation, they can reach out for help and share their experiences with others, not only to help deal with the psychological trauma but also to raise a voice against the issue.

If we see cyber flashing like the epidemic that it is, we will be able to deal with it better. Reporting cyber sexual harassment to the police helps show a more realistic picture of the whole situation and puts pressure on the system to take proper steps against the crime.