What are the effects of cyberbullying on children? 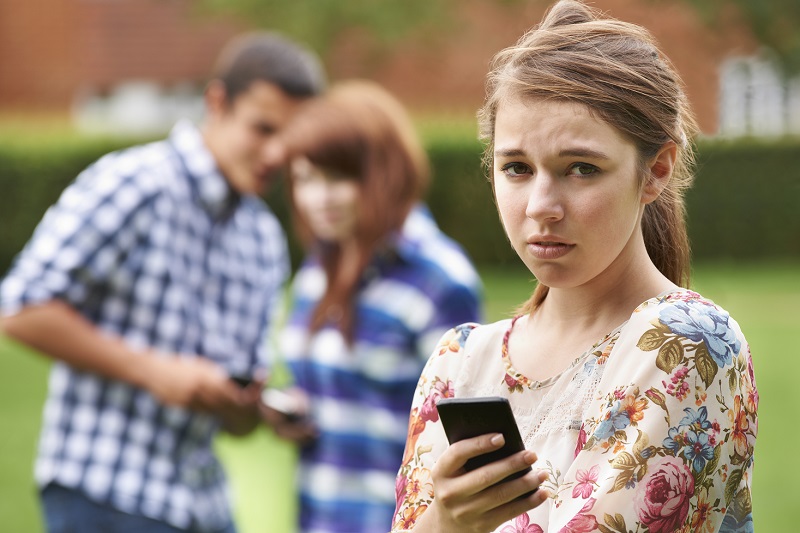 Cyberbullying is a serious problem.

It is well-established, both objectively and from experience, that the effects of cyberbullying are serious and cannot be ignored. Cyberbullying is bullying with the use of digital technologies. It can take place on social media, messaging platforms, gaming platforms and mobile phones. It is a repeated behaviour, aimed at scaring, angering or shaming those who are targeted. The mental health effects of cyberbullying range from social withdrawal to suicides and are exacerbated by the boundaryless nature of the Internet. Cyberbullying statistics compiled by Comparitech after 20,793 interviews with children and parents worldwide shows that on an average, 50% of children/adolescents in the age groups of 6-18 have been bullied in real life and social media, with the latter increasing in recent years.

Governments across the world have considered it important to address the effects of cyberbullying.  For example, in the US, StopBullying.gov is a government resource that aims at addressing and treating unwanted, aggressive behavior among school-aged children both in the real world and in social media.

What are the types of bullying behavior?

Real life bullying and cyberbullying take on many forms:

The maxim, “sticks and stones may break bones but words cannot hurt” is no longer valid because the psychological damages to children caused by bullying and cyberbullying have been proven beyond doubt.   If no intervention takes place, eventually kids can develop what is known as "learned helplessness." Learned helplessness means that the victims of bullying believe that they cannot do anything to change the situation.

Children and youngsters being bullied often show one or more of the following behavior:

Studies have found a link between bullying and a higher risk of mental health issues during childhood, including depression & anxiety. This can have a lasting impact on the young person. Seeing your child experience bullying and depression can be heartbreaking, and many parents do not know how to help. Watch out for these early behavioral signs for a timely intervention.

For children with mental health concerns such as depression or anxiety, prolonged bullying can cause stress and a deep feeling of hopelessness which increase the risk of suicide. Victims who hurt themselves on purpose may be trying to relieve their emotional pain. Self harm is a warning sign and it's important to take them seriously.

One of the first effects of bullying on a child’s self esteem is self-doubt, or loss of confidence. The child may feel like he is not as good at a particular sport as the bully, or that he shouldn’t even bother trying out for a team. When they’re belittled over something they can’t possibly change, such as their height, skin color, or other physical attribute, it becomes even more damaging to their self esteem. This could result in

Kids who are bullied often suffer academically too. Bullied kids struggle to focus on their schoolwork. In fact, slipping grades is one of the first signs that a child is being bullied. Kids also may be pre-occupied by bullying and due to added stress they forget about assignments or have difficulty paying attention in class. This leads to

Behavioral changes or effects in children due to cyberbullying

Using drugs and alcohol is more common in victims of cyberbullying and harassment. This human behavior is especially true for kids when they struggle with coping mechanisms and choose to self medicate.

Going to school can get scary due to the fear of encountering people cyberbullying them. This can lead to the child skipping school or displaying behaviors that result in suspension.

Because kids tie their self-worth to acceptance by their friends and families, victims tend to isolate themselves due to low self esteem as a result of online bullying.

How can we help as parents and guardians?

Kids may not always recognize teasing as bullying. Some kids also may be too embarrassed or ashamed to talk to their parents that they’re being cyberbullied. They also might be afraid that your involvement will make things worse. It also is not uncommon for parents to feel a sense of failure when their child is bullied. But, if you find out your kid has been cyberbullied, it probably means the issue is major enough for you to get involved. The good news is with proper support and intervention, most kids targeted by bullies will overcome bullying and things will get back to normal. Try to collect more facts by talking the situation through with your kid and work out a plan of action together. It’s important to talk about online and digital behavior before your child starts interacting with others online and with devices. You can help your child by

Don't respond or forward:  Cyberbullies often expect a reaction from the victim, don't say something in anger you'll regret later.

Block the bully: Remove from friend's list on the social networking site or instant messenger to not receive further messages.

Talk to a trusted adult or a friend: Most of the time, it helps to share with a friend or a trusted adult who can help you. If the bullying happens at school, the school probably has rules against it.

Not to forget, misuse of technology can expose your child to a number of risks including cyberbullying and predatory attacks. The ease of information access has blurred the borders of privacy and personal information can be used by hackers for nefarious purposes, thus putting the child at risk. It is impractical to remove technology from your child’s life. Yet, moderation is a must to reduce the negative impact of technology on our children.

How to report cyberbullying?

With the increasing prevalence and serious effects of cyberbullying on mental health, there are now laws that aim to protect children and youngsters in the digital world.  As adults, we need to be aware of the laws and policies in our states and countries, and we must communicate these to our children so that they are neither the perpetrators nor the victims of this social evil.

Next Article: School Shooting Survival Tips: What to teach your children?