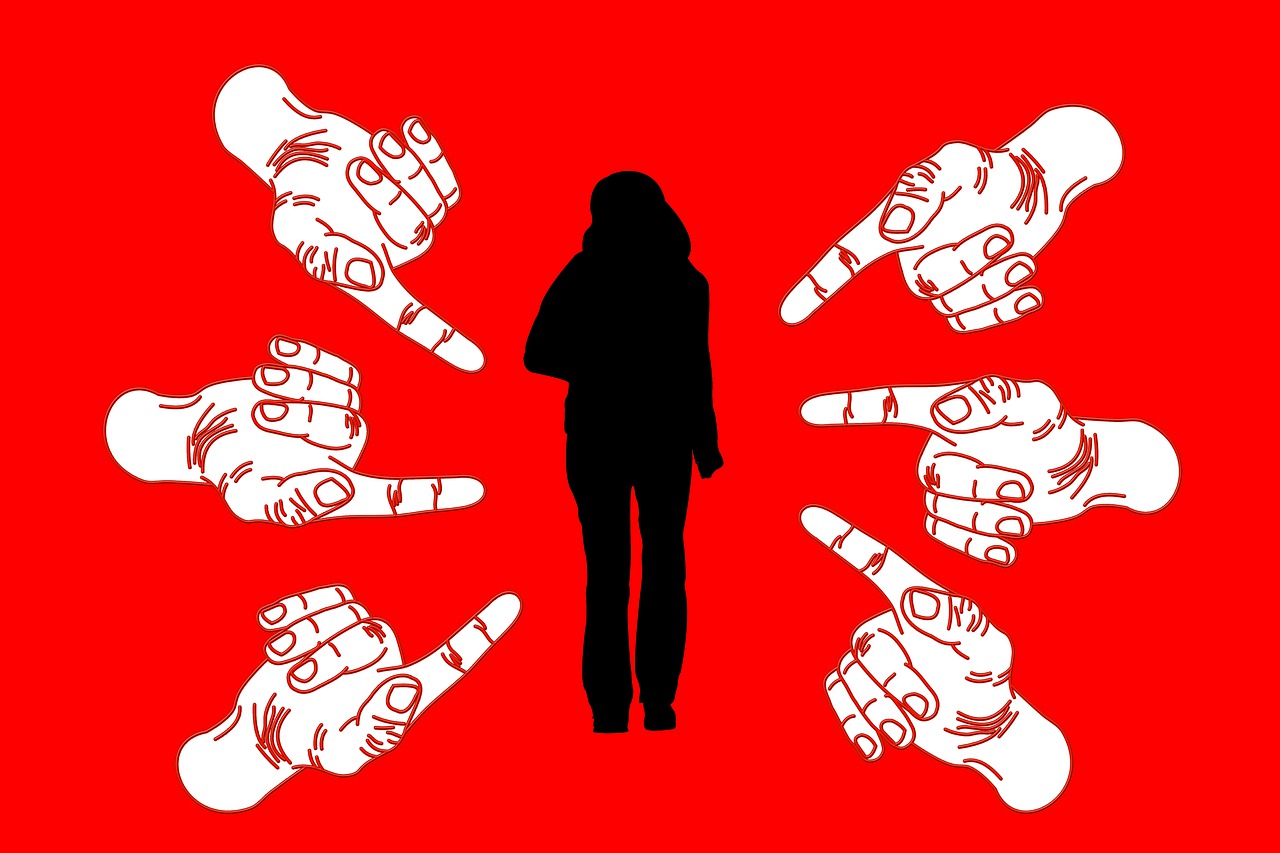 We believe that there are two components that determine how effectively a message is delivered. One - the relevance of the message itself. Two - the medium of communication used to get the message across. Anti-bullying has taken center stage across the world in the past few years, with a significant number of children coming forward to report the adverse effects of cyberbullying. Although country-wide campaigns have been conducted in the US to address the issue, the problem lies in how the message is conveyed and who it comes from. Most of the anti-bullying announcements come from a figure of authority - and children, generally, are unable to relate to this.

An effective way of communicating the harms of bullying is through videos, made by students and popular brands and shared online. We have compiled a list of such videos you can watch with your children to feel more comfortable while discussing this sensitive topic.

This award-winning short film directed by Lindsey Hunter goes on to depict the horrific bullying faced by a deaf high school girl. We think this video is a must-watch for your children even if they do not show any signs of being a bully or a victim. It might just help them protect friends who could be going through a tough time.

Written for the ‘Young Actors Project’ by Robert Randall, this film talks about bullying in middle school and how bullying actually knows no age. Another important point this movie makes is that parents, while they have their kids’ best interests in mind, might sometimes be oblivious to their children’s needs and wants. The key lies in paying close attention to the way your child reacts to your suggestions and then deciding upon an appropriate course of action. For example, if your child doesn’t want to join a club, it might not be prudent to force them into it.

This short film is a silent movie revolving around a pretty common situation between best friends in high school. One of them succumbs to peer pressure and gets inducted into the ‘cool’ gang, which tends to bully the rest of the school. The movie also captures the struggles of a teenager navigating through her mother’s alcohol dependency and the longing to be accepted by her old friend again.

This video places a special emphasis on online bullying and was directed by Jeremiah, a high school junior. Jeremiah has also created an online group for teens to spread positivity in an otherwise vile social media environment. The group aims to help kids from diverse and minority backgrounds find comfort in American schools and ensure they do not fall prey to cyber bullying.

This video shows us a new perspective! It follows what a middle school bully goes through when he confronts himself and introspects as to why he has become a bully. The reason is straightforward - bullying a defenseless classmate made his friends laugh and, in turn, made him popular in the school. The movie also goes on to show that apologizing makes everything better and that a genuine friendship can bloom out of sincere and transparent communication.

This adorable video about the different types of bullying and how they can be overcome will speak well to the smaller kids in your family. The video depicts how bullying can happen even during the primary school years and why it is crucial to talk to an adult about it. The video is easy to understand and can help foster a healthy attitude in your children about handling bullies at a very young age.

This short film by nine-year-old Alexander Boston has been adopted by Wenston School District’s second-grade counseling curriculum. The video teaches how children can stand up against bullying without putting themselves in harm’s way. Once again, this video is great to show to the smaller children at home as it was made by a 9-year-old who knows how to get a message across to that particular age group.

This movie is made by fifth graders from Collin Rhodes and talks about the school’s policy on bullying and how it cannot be tolerated. It also encourages students to stand up and support those who are being bullied. Accompanied by cheerful music and delightful images, Bully-free Zone is a must-watch before your kids head to middle school. If you feel your children do not want to talk about school, sitting down with them and casually watching this movie together can help them open up.

9. All Different, All Equal

This video was made for Anti-bullying Week, 2017, and talks about finding equality within diversity. For a heart-melting three minutes that are almost too pure to handle, the children themselves tell us what they understand about diversity and equality. You can surely add this video to the list for your younger children, to ensure that they know enough to put differences aside and find friendships in diversity and adversity.

This powerful video shows us a series of school children, who perfectly convey through charts and body art, how bullying makes them feel and how you can stand up with them to make all the difference. The video drives home the perfect message - there is no place for hate in schools. We do not recommend showing this video to very young children, as they might not be able to fully comprehend the level of bullying older students can face.

This movie was made for the ‘Better Internet’ campaign and focuses on how cyberbullying can hurt just as much as physical and verbal bullying. The movie vividly shows us how bullying affects both the parties involved - the victim and yes, the bully too. It also demonstrates how empathizing with the victim can expand the bully’s perception to the true harm he/she is causing. This video is short and crisp; suitable for your busy teenagers!

Another one about cyberbullying, this movie shows us the ugly truth behind every victim’s “I am fine”. The movie also places emphasis on how problems can be solved by communicating with friends and loving adults. The message is that, sharing not only helps you take action against bullying but also makes you feel emotionally lighter. The next time your child gives you a nonchalant “I’M FINE”, you might want to look closer for the hidden signs of “HELP ME”.

13. Friends Can Be Bullies Too

If you can watch just one video during the conversation against bullying, this should be it! The video portrays, very realistically, how a friend’s casual body shaming and irresponsibility can hurt. Children should immediately be distanced from such toxic friends. While other types of bullying come with clear labels, this can be harder to define, especially for children who are desperate to fit in. This video will teach your children the importance of self-worth and how nobody, not even their closest friend, gets to treat them poorly.

Burger King, in its anti-bullying video, shows us a non-scripted video in which only 12% of its customers stand up to high school bullies, but 95% complain about a ‘bullied’ burger (a burger punched in the middle by a worker). The video closes with powerful messages from school children expressing how much better they felt when someone stood up to their bullies. The campaign went viral and we’d like to think that it made a positive difference with at least a handful of people. Light yet powerful, this video makes for a great message on anti-bullying that should be watched with high schoolers.

15. One Person can Make a Difference

With over ten million views on YouTube, this video appeals to teenage girls who might be wallowing in their own pain as a result of constant bullying. The video explains that all it takes is one person to empathize and stand up for what is right. Even if your children are neither bullies nor victims, it is crucial to show them that they should watch out for signs of bullying around them, and go straight to a teacher if they do find someone being bullied.

This viral video of Ally Pollak, an eighth grader, shows the teen holding up cards with information about the constant bullying she has been facing for the last two years. Her message struck a chord with adults and teenagers alike, and she successfully created a positive impact in the anti-bullying initiative. While most of the other videos listed here are dramatized, scripted or edited, Ally’s video gives a powerful first-person account of the real harms of bullying.

Although this video was released in 2011, it still makes for an interesting watch. Kids, as young as four and as old as twelve, react to a viral video of bullying. In the ‘question time’ of the video, the children are asked about what they think is the right course of action in that situation. Although the children in the video might not provide you with the perfect barometer against which you can measure your own children’s reaction to bullying, it is still important for your children to know the various reactions to bullying and what other children think about it.

Author Brooks Gibbs talks about the psychology of bullying and ‘dominance behaviour’ in this video. He addresses a group of high schoolers and gives them a simple solution to take the power away from the bully. Watch this video with your children and then have a serious discussion about it, together. The video is also widely played in several schools across the country to increase awareness on how to stop bullying.

19. To This Day… For The Bullied and The Beautiful

In this TED Talk, Shane Koyczan gives adults and children an insight into dealing with bullying and how you need not define your entire life based on being a victim. With a soothing voice and a strong message, Koyczan’s video is a great watch for the entire family. It’s a great way to teach your children how to cope with bullying and encourage them to come to you with their problems.

20. How To Be an Upstander to Cyberbullying

With bullying becoming an everyday occurrence at schools, there is no ‘better’ time to talk about this subject. Grab the bull by the horns and discuss this delicate subject with confidence and kindness. We hope that this comprehensive list of videos will make it easy for your children to do the right thing if they find themselves in a tough situation.