How can you help your teens reach their full potential? 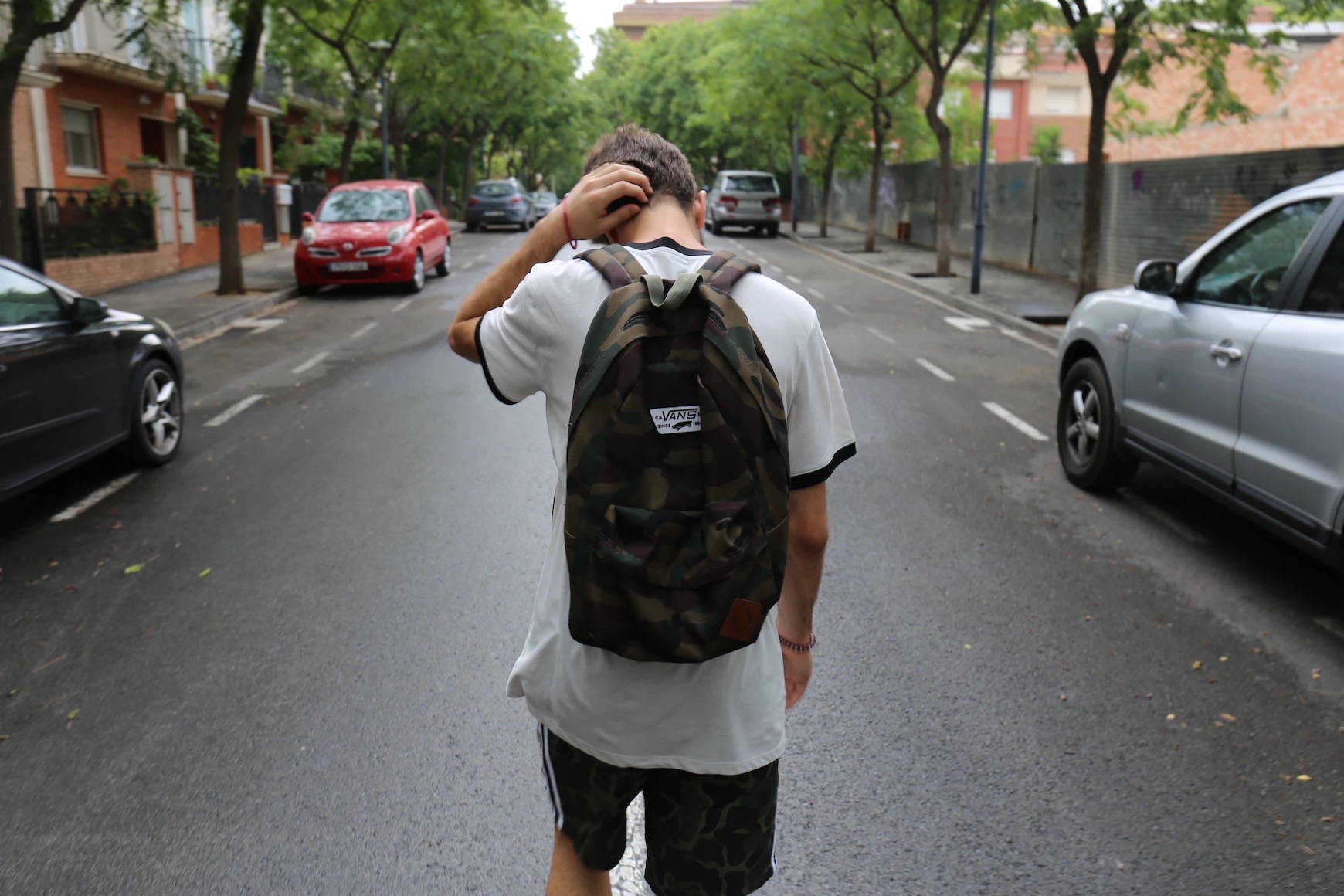 One of the biggest worries for parents of teenagers is that their wards are unable to live up to their potential. This worry is often fueled by the apparent lack of organization and discipline among teens, which leads to time wastage and performance shortages that are mismatched with their capabilities.

Disorganization, to the adult mind, is a behavioral problem that obstructs progress and advancement, and thereby prevents the teenager from living up to her potential. In the absence of factors such as ADHD, a teenager is expected to know how to be organized but is unable to.

Teenage disorganization is not entirely because of disobedience, rebellion or lack of self-preservation (although these can be minor factors), but because of under-developed executive functions. Executive functions are a group of mental skills that help with

Executive functions are controlled by the prefrontal regions of the brain, a part that is under vigorous development during adolescent years and is considered to be complete only in the mid-twenties. This biological setback does not match the operational requirements of the teenager. Executive functions, of which they are not fully equipped, are called into play for activities as simple as waking up on time in the morning, remembering assignments and homework, and navigating the complex interplay  of school, extracurricular activities and socialization norms. 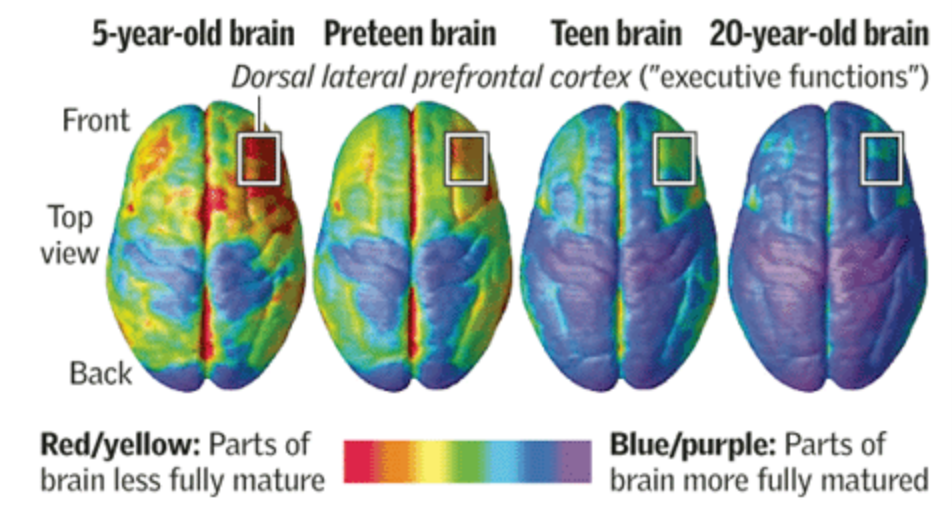 While we cannot hasten the biological maturation of the prefrontal cortex, it is important to help the teenager ride the dragon of organization through guidance and training. Strong organizational skills are important for teens across many different areas of development – they eliminate distraction and stress and help the teen live up to her potential. Organizational skills are even more important for teens and young adults with unique learning needs, as they can decrease symptoms of inattention and enhance their quality of life.

Some strategies that the caregiver can adopt in helping the teenager develop better organizational skills are:

Planners are useful as organization tools.  The planner can be a physical planner or an online planner, in which the teenager is encouraged to write down the due dates, events, etc., and checks it every day, or even multiple times a day to be aware of impending deadlines and deliverables. Depending on the age of the teenager, the parent can oversee the planner use, or check with the teen about the same. 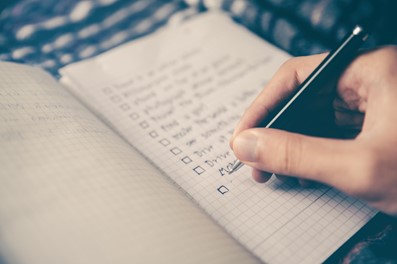 Planners with check options would enable the teenager to check off deadlines met, and plans completed. It has been shown that checking items off of a checklist releases small amounts of dopamine, the pleasure chemical, which would encourage checking off more items in the list, thereby enhancing productivity.

2.Encourage the teenager to break down larger tasks into smaller ones

In many cases, the reason the teenager does not achieve as much as she is capable of is because she is overwhelmed by the volume of work involved, which puts her off from even starting the task. For example, if the teenager is tasked with a science project, it may overwhelm her before she starts.  Encouraging her to break it down into steps with its own micro deadlines - select a research topic by Tuesday night, Gather data by Thursday night, design an experiment by Saturday, build and evaluate on Sunday and demonstrate on Monday – will help prevent overwhelm. This is called micro productivity, and as with the previous point, completing each step would give an additional push to start and complete the next step. 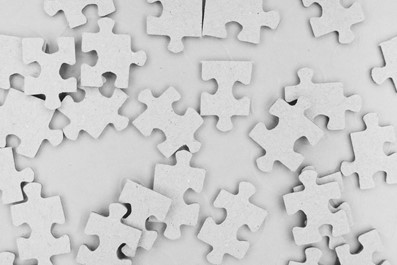 Sturdy and multi-compartment folders and backpacks can help teens organize their paperwork and school supplies. Encourage the teenager to have a backpack checklist to keep track of what’s inside .  The use of office supplies such as accordion files, binder clips or folders, and boxes for smaller items can help in putting things in place. Such organization will prevent loss of time and frustrations associated with finding supplies at the last minute. The creation of a designated place for items can help the teenager’s brain perform better.

4.Introduce your teenager (and yourself, if required) to the OHIO rule

The “Only Handle It Once” approach is a useful model for productivity improvement. Guide the teenager (and yourself) to complete a task that has been started in one go. Of course, this is not always practical, but for many tasks, it is not only possible, but advisable. Completion of a task once it is started serves multiple purposes – the job gets done, there is no more distraction from this task while doing something else, and there is no discontinuity in the task itself, which adds to its quality.

It is impractical to avoid distractions altogether, especially in this age when something is constantly chiming, ringing or buzzing for the teenager’s attention. Besides, the pandemic and associated lockdowns have increased the digital activities of the teenager, and therefore, it is best for the adult to accept that the digital medium is part of the teenager’s (and their own, for that matter) lives. However, the line between use and abuse of the digital medium is fine. You can help the teen avoid digital distractions by limiting access to mobile phones and devices during specific times. A majority of parents are concerned about their child binge watching youtube and being exposed to inappropriate content on the video sharing site. Encourage the teenager to put away their mobile phones and devices when they are working/studying. If their work involves the use of such devices, as has been the case in the past two years, encourage them to block access to other potentially distracting apps including social media apps. There are various tools and apps that can help limit time on such distracting apps, which the teenager can be encouraged to use.

Teenagers working on a tablet or computer that is linked to their messages or social media, can also block alerts. The constant ping or blink of alerts creates a pattern in the brain called "switch cost”; i.e., even a minor interruption, such as a notification, can switch the teenager’s attention momentarily away from the task, and the voluntary return to the task is costly in terms of brain power and time. 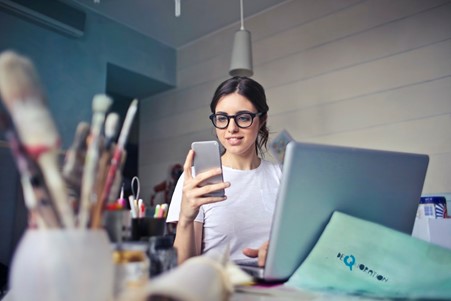 Apps such as Mobicip can help your teen

Some of the features of Mobicip that can help your teenager live up to her potential include: 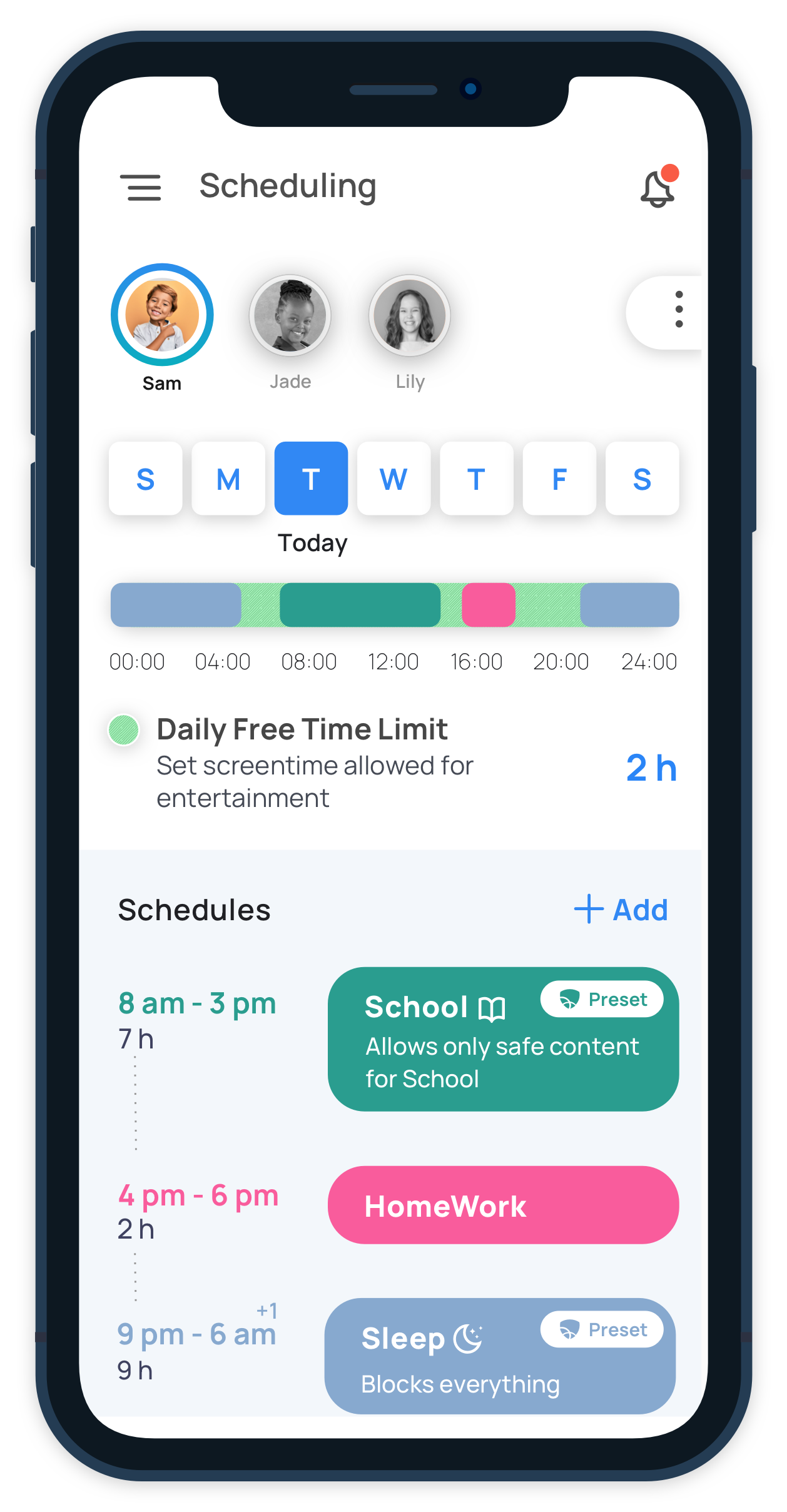 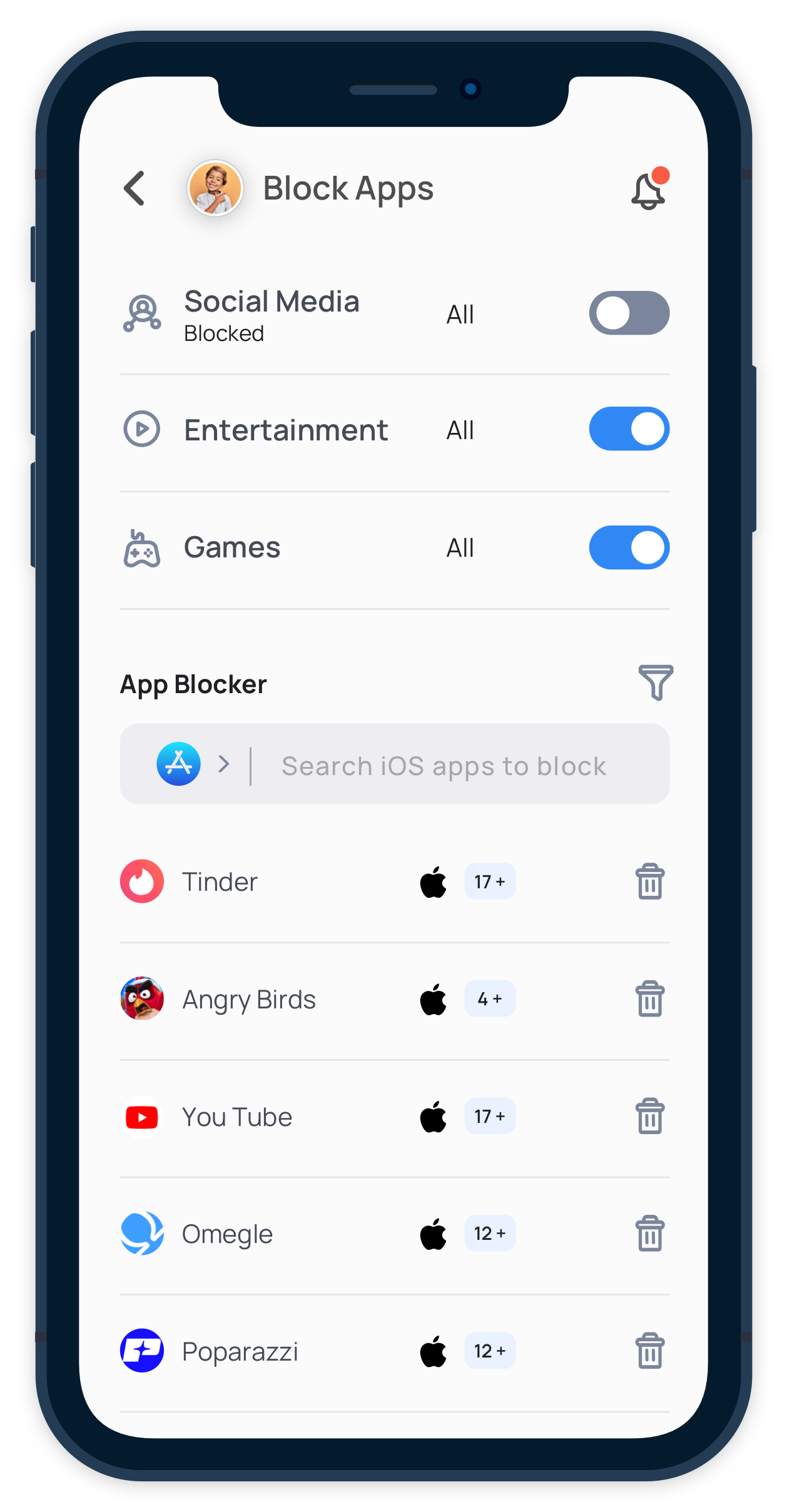 6.Creating a physical space for productivity

If possible, providing a dedicated workspace to the teenager, that is separate from the space of relaxation can help the teenager’s brain switch to work mode faster. Some children work best under silence, and some require music or a background noise. Help your teenager recognize their working styles and establish that environment for better focus.

7.Planning the next day

Include an evening planning ritual for the teenager, in which, she selects a few priority tasks to accomplish the next day. This works better than planning in the morning of the same day because research  has shown that we drastically miscalculate the amount of focus we’ll be able to maintain in the future. This means that we may think we can plan in the morning of tomorrow, but without a game plan, we tend to procrastinate.

While the above are ways in which a caregiver can help the teenage ward to become productive, there are some exercises for the adult too, to help the teenager navigate the treacherous waters of adolescence.

For teenagers with special cognitive needs, medical and psychiatric interventions may be called for.  Behavior therapy and cognitive behavioral therapy (CBT) can help teenagers deal with thoughts and feelings and manage behavior. While there are no medications for executive function improvements, there are medications for ADHD, which may be used with appropriate medical advice.

As with every aspect of child-rearing, there is no perfect one-size-fits-all route to helping teenagers living up to their full potential. The above are pointers that the caregiver may consider in designing their own route to helping their teenagers become productive and happy adults.