The ongoing worldwide pandemic and associated quarantines have increased the amount of time that people, especially youngsters, have been spending on online video games. According to Verizon, online gaming was up 75% in the US during the first week of self-isolation in 2020 and the sales of Nintendo Switch consoles could not meet the demand last year.

As with any topic that’s technology related, online gaming is a cornucopia of benefits and dangers. Which outweighs which is subjective as it depends upon the age and mental state of the gamer and the gaming environment itself. 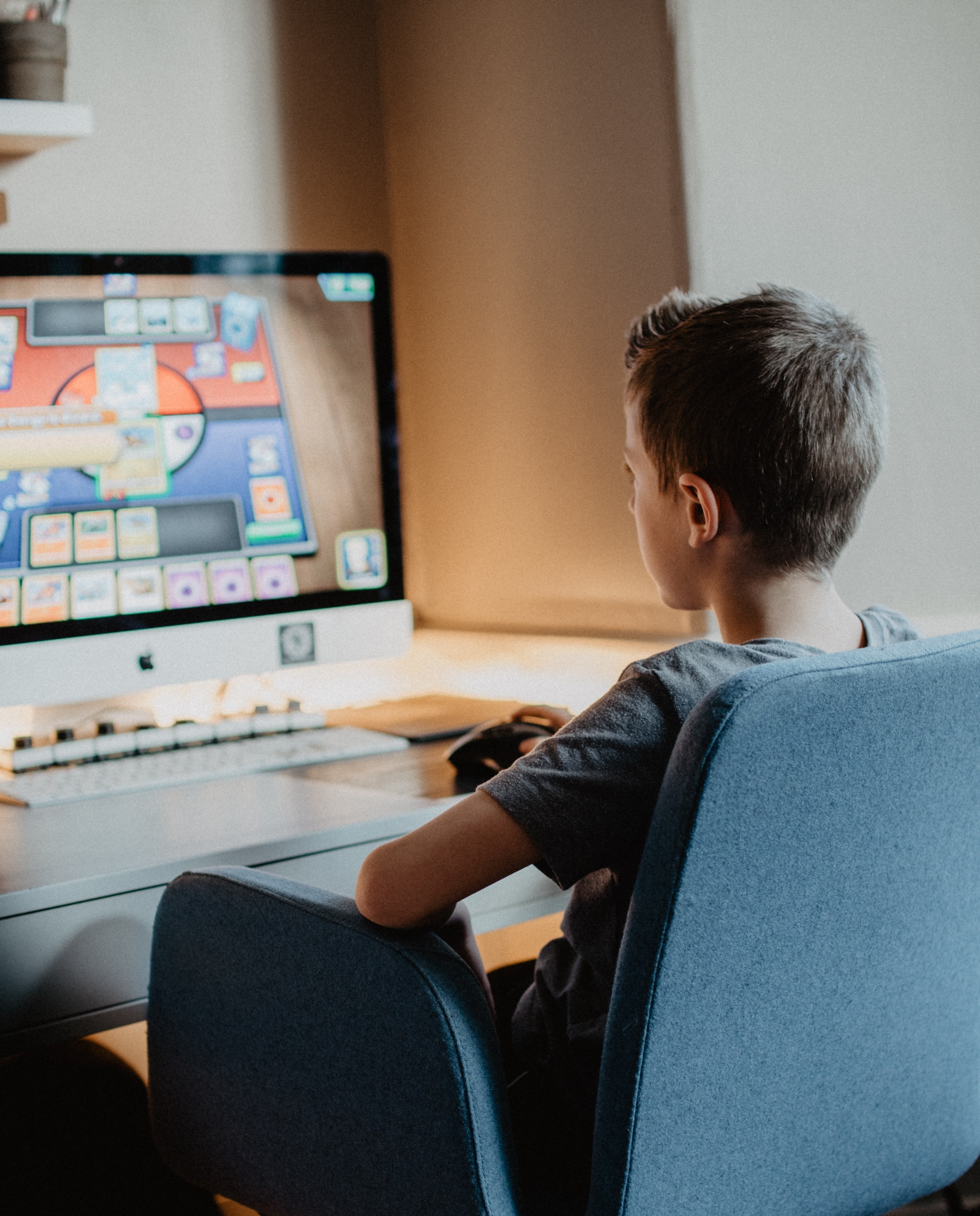 On the upsides are the social, motivational, emotional, and cognitive benefits of gaming to youngsters, especially in these pandemic times in which they are physically isolated from their peers and friends.

But video games are not all beneficial. The problems associated with gaming are not just individualistic but affect the peer gamers as well. Although video gaming is often perceived as an individual activity, the social implications cannot be overlooked. An awareness of the risks associated with kids interacting with strangers can help not just the parent, but the entire community navigate the tricky waters of online gaming.

As early as 1998, research showed that playing video games releases the feel-good brain chemical, dopamine in amounts similar to that seen after intravenous injection of the narcotic methylphenidate (“Meth”). Such levels of dopamine release can rapidly transform online gaming from a recreational activity into an addiction, as it does with drugs.

As with any addiction, video game addiction has a few tell-tale signs:

Addiction develops in stages, with a gradual increase in the amount of time spent on the activity.

A 2016 study analyzed peer influence in video gaming time among adolescents and showed that an additional one hour of playing video games per week by older grade-mates results in 28 minute increase in video gaming time by male adolescents.  Another study found that Internet / digital game addicted individuals form close friend groups and interact with other Internet/digital game addicted individuals, thereby reinforcing their own addiction patterns.

It is important for parents to understand how long their children – both young kids and adolescents – play games and what games they are playing. Setting time limits can be a good short-term measure to reset excessive gaming; the word “excessive” can mean different things to the adult and the child; yet, it must be assumed that the adult knows better– after all the prefrontal cortex, the rational part of the brain is underdeveloped until 25 years of age.

Applications such as Mobicip can help monitor and set time limits on children’s devices for various activities, including gaming. Since addiction can be a result of peer pressure and influence, it is important for the care-giving community to work together to help adolescents get over addiction – parent group discussions and recommendations can help in this regard.

While it is indeed true that many games have educational content, some popular games emphasize negative themes such as killing, substance abuse, law breaking, sexual exploitation, stereotypes and inappropriate language. Studies have linked violence in video games to aggression in real life in children. A recent research study  reported that parents are often unaware that their children are accessing “tons of apps we classify for adults”.

Inappropriate content in online games may induce the adolescent or child to indulge in risky behaviour. This behavior is often exacerbated by friends and peers. A study funded by the National Institute on Drug Abuse showed that teens may find it more difficult to control impulsive or risky behaviours when their friends are around, or in situations that are emotionally charged.

It is important for parents to be aware of the games that their children indulge in. Every country has its own rating scheme for games and it helps to know the rating on a game before allowing a child to play it. Common Sense Media has game and app reviews with suggested ages. It’s important to remember that the numerical age and the mental age of the child may not match, and the parent knows the maturity level of the child best and must choose or eliminate games accordingly.

Games have evolved from being single player, single console activities to massively multiplayer online interactions, which often integrates with social media and sharing sites. Many children interact with strangers for the first time in gaming platforms and this comes with the spectrum of online stranger danger, including kill-stealing, cyber bullying, trolling (called “griefing” in the gaming universe) and sexual predation which may, in extreme cases, lead to real life dangers. “Griefers” can deliberately ruin the game for young people by tricking them into giving up their gaming possessions and skins.

Malware such as Adware and Trojans can infect the devices of children along with dicey video games, and can at best kill the machine or at worst, plant spyware to spy on the child through the camera, keystrokes or voice. It is critical to be mindful of the games that the child downloads. Cyber security software must be used to scan the files that are downloaded to catch malware.

Online games may hide tricks to extort money from the user. There is no such thing as free lunch in the gaming arena as well. Many online games work on the "freemium" model, in which a basic content is offered free, but for upgrades, features and ad-free playing, a payment is required.  In most cases, credit card information is required to be attached to the profile, even for the free version, which makes accidental purchases easy.

The solution is common-sense. Do not add the credit card number to any freemium games. For subscription-based games, or games that run through services like Apple or Google Play, the purchase password feature must be activated to prevent unintentional purchases. Switching off the "in-app purchases/updates," can prevent children from accidentally or deliberately racking up huge bills for in-app purchases.

As with any aspect of parenting, open communication is a must.  Even better than communication is engaging in the game with the child, which could strengthen the bond through shared experiences and result in the perception of parental validation by children in chosen activities, both of which can tilt the online gaming experience towards the benefits rather than the danger side of the coin.

Lastly, even in this era of nuclear families and individual lives, it does take a village to raise a child, if not literally, at least digitally.  No matter how careful parents are in raising the child, the peer group, both online and in-real-life, can significantly influence a child’s behaviour online. Parents of children and teenagers must come together in forums to share knowledge, spread awareness, and look out for each other, so that we may raise a digitally savvy and responsible generation.