The Social Life of Teenagers 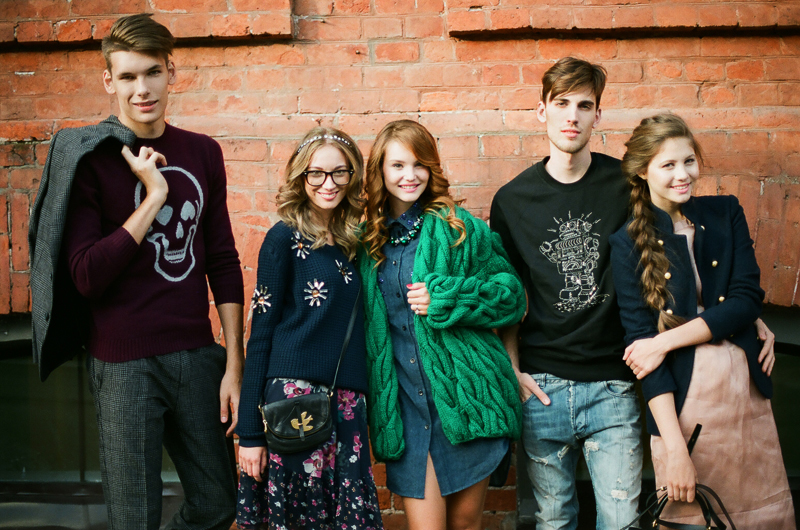 My child just stepped into teenage and already her friends are the most important people in her life. I can relate. When I was a teenager, my friends were the reason I survived the loss of my mother. For a long time I believed that friends are more important than family, until midlife struck and I don’t think about stuff like that anymore because it gives me a nosebleed.

The need for adolescents to be with friends is perhaps hardwired in the brain. A recent research paper reports that being with peers after a stressor is associated with lower sadness, worry and jealousy compared to being alone, and lower sadness compared to being with family. A growing child looks up to her family – parents and siblings, largely, to meet emotional needs. In time, her independence moves her closer to a peer group that she is able to choose, rather than the family she was provided with. As disconcerting as this may be for the parent, it is a healthy part of growing, and somewhere along the way, a balance is achieved.

How has this changed in the digital world? The need for peer interaction has not changed, but the tools for it have. The teenager has now added Social media is an important tool for interaction and conversation with peers. Pew Research shows that in the US, 76% of all teens use social media to connect with other teens and know more about them. Most teens have made new friends on a social media platform.

There is still “generational panic” among the digital immigrant adults about the role of social media in an adolescent’s life; the main complaint being social media creates a uniquely shallow and trivial culture, making kids unable to socialise face to face. There is now increasing evidence that that may not be the case. A study by MacArthur foundation reports that online activity can help teens learn social skills through ongoing maintenance and negotiation. A 2012 report by Pew also showed that the heaviest texters (those who exchange more than 100 texts a day) are much more likely than lighter texters to say that they talk on their cell phone daily. Another report in the same year by common sense media, showed that 25% of social networking teens say asserted that social networking site makes them feel less shy and more outgoing; 20% found it to be empowering, making feel more confident, more popular, and more sympathetic to others and 15% felt social media interactions made them feel better about themselves. By comparison, only 5%, 4% and 3% felt the opposite of the above, respectively. Research in the California State University showed that youngsters active on social networking could actually be better adjusted in social situations than those less active in social media. A recent paper in British Medical Journal argues that the Internet and technology do not necessarily cause harm, as is commonly claimed in academic circles.

Social media correspondence now provides teens with opportunities to develop conflict resolution skills through interaction with various circles of friends and acquaintances. Teens are known talk about their issues and problems with friends, social media, especially in this era of mobile social networking, allows instant connection to friends for brainstorming. In some cases, social media can be even better than real-life friendships for problem solving because people removed from the immediate circle can offer a different perspective to the problem. The possible anonymity could make it easier for people with social problems to talk about them, and hence easier to seek help without associated stigma. Indeed, Common Sense Media found, in 2012, that teens found social networking beneficial in their relationships. There is no reason to believe that the situation would have changed now. Pew’s 2015 report shows that 70% of teens believe that social media platforms better connect them to their friends’ feelings and 68% have received support on social media during challenges or tough times. Of course, talking to online acquaintances comes with its share of risks, but awareness and education can largely mitigate these risks. 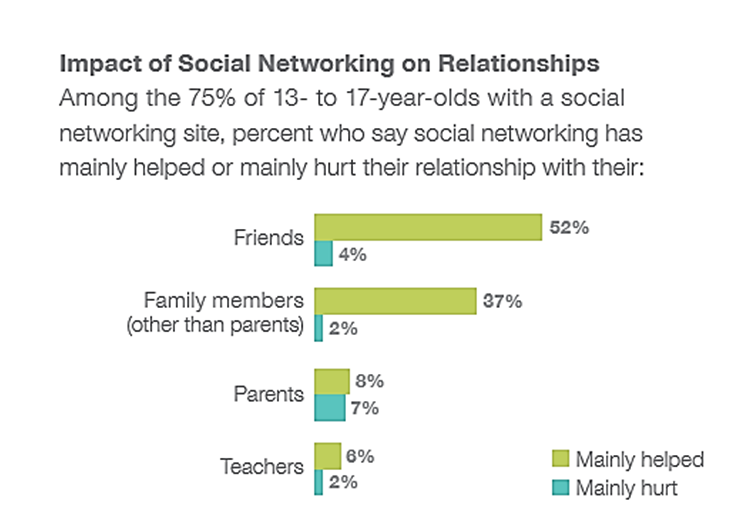 Social networking and online groups enable youth to connect to likeminded individuals who share niche interests. In such networks, the teenager may find peers outside their geographic boundaries. Social media also allows youngsters to avail of opportunities to publicize and distribute their talents and gain new forms of visibility and reputation. Obviously, social media participation that is driven by the need for social-interaction (“Friendship”) is functionally different from interest-driven participation. The former center on peer culture and often tends to exclude adult participation while the latter has no such restrictions.

It is convenient to blame social media for social reclusiveness of our digital teenagers. This is a result of selective memory. I remember my own surviving parent bemoaning my complete lack of social skills when I was a teenager much before the era of social media. If your child spends a lot of time on online multiplayer games; go ahead and participate. My grandmother tells me that she worried about my father’s future given the apparent misanthropy in his youth. The adult perception, like nostalgia, is based on a seed of truth, enveloped by the cotton candy of imaginary grouses. Social media is here to stay, if not eternally in its present form, as evolution would take it. As with all aspects of life, adult guidance will help teenagers avoid the pitfalls of social media, while properly leveraging it to pick up the social and technological skills they require to fit into contemporary society.

Writing credit: Authored by Lakshmi, a Mobicip researcher & parent who ponders over the effects of the rapid techno-social changes that the world is going through.
Keep in touch with the latest on parenting, technology and education. Subscribe to the Mobicip newsletter. Learn more at www.mobicip.com.
<#% if SERVER_ENVIRONMENT == 'production' && content_for(:lucky_orange) && yield(:lucky_orange) %> <#% end %>