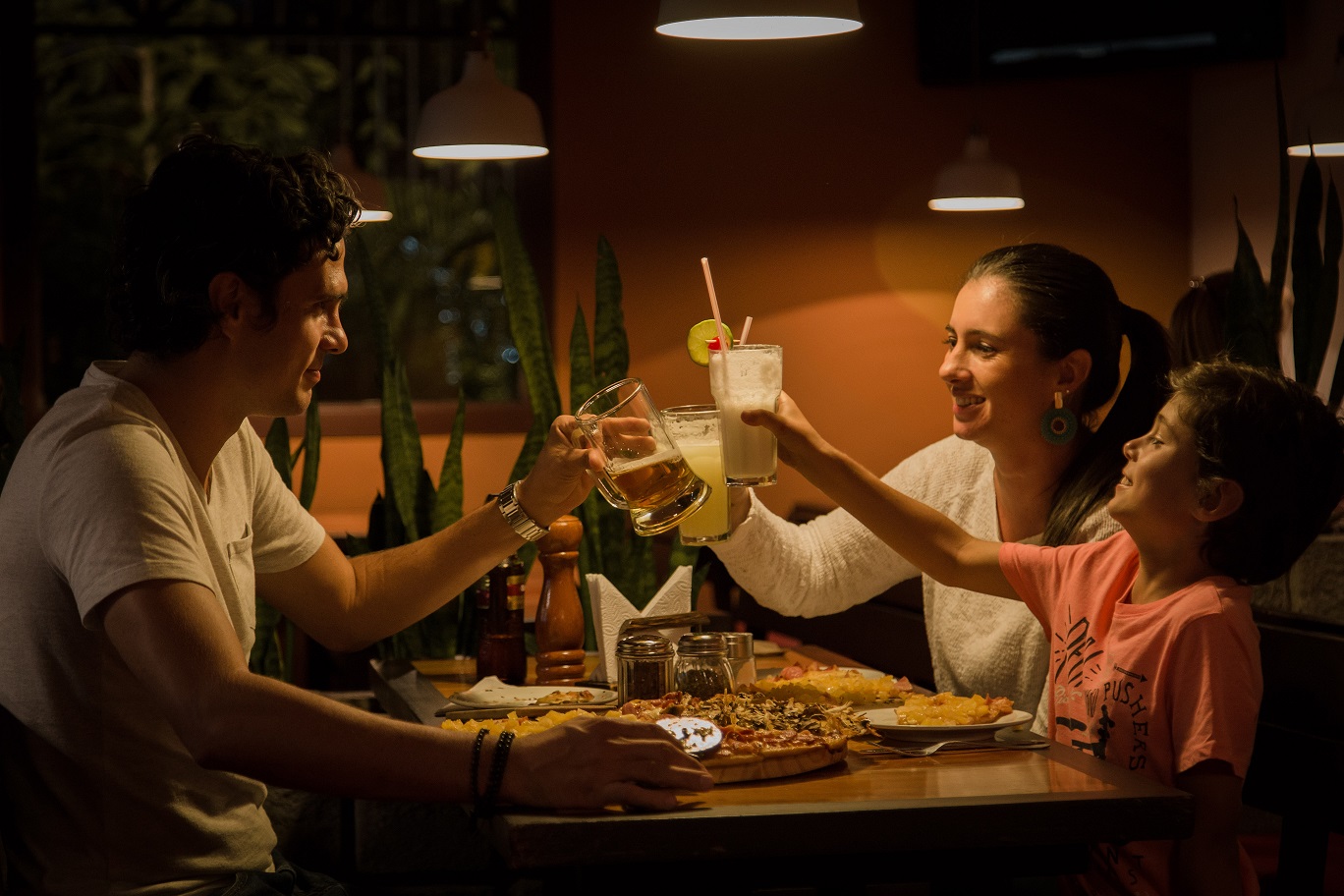 When was the last time you saw your children look up from their social media feed and voluntarily engage in a conversation with you? If you have to think about it, we feel you! You’ve probably spoken to them, scolded them or even pleaded with them to stop with their online obsession, but all your efforts have gone in vain. The only solace is the fact that you’re definitely not alone. The obsession with smartphones and social media has become an endemic as a result of very young children owning and using mobile phones, especially here in North America. According to surveys, more than 95% of American teens own a smartphone… just let that sink in!

There is no denying that smartphones come with their own perks -- they have bridged communication gaps like never before, allowed us to keep track of where our children are, and ultimately made life so much easier and (yes) richer, with the plethora of apps providing access to news, information and beyond. But where do we draw the line? And how do we begin?

Let’s start with something as simple, yet as difficult, as having dinners without any electronic devices.

Dinners used to be the time for families to catch up with each other’s lives, discussing issues or simply engaging in light-hearted verbal conversations with the people at the table, rather than interacting over text with friends far away. Let’s return to that simpler time at least for the hour or so it takes to consume the evening meal.

The Effects of Smartphone Addiction
The sad reality now is that, irrespective of the age of a family member, you will find that heads are tilted not towards each other nor their food, but only towards their smartphones. The long-term effects of this behavior are harmful for both the physical and mental well-being of a person. And for digital natives who have grown up to become tech savvy, smartphone addiction is very real and the effects of cutting down on smartphone usage is similar to that of substance withdrawal. That being the case, a phased withdrawal is recommended.

Benefits of Arranging a ‘Device Free’ Dinner
How far can an “easy” device-free dinner go to cement your relationship with your children? Well, the most obvious answer is that your children will be free of distractions and have no other option but to engage in actual conversation with you!

It could be difficult initially for them to set aside their phones for even thirty minutes, but it does eventually get easier. Young parents who have themselves had to deal with excessive technology dependance will also find it challenging at first. But the undivided attention of your children is its own reward. Take this time to discuss and shape their outlook on key issues in their young lives. 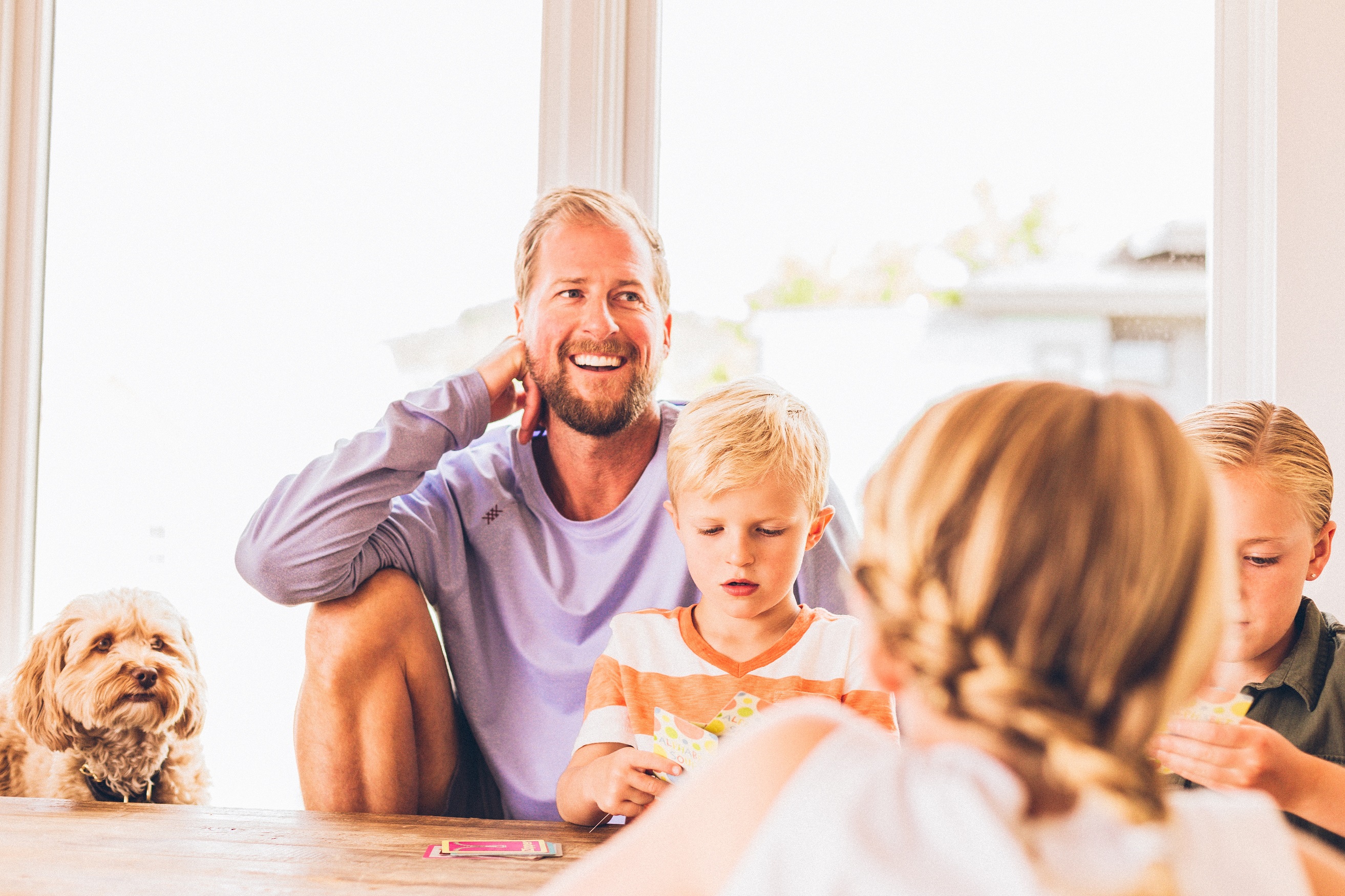 How to Arrange a Device-free Dinner
As simple and easy as it might sound, arranging a dinner without devices can be hard. You can start by establishing clear rules about where the phones are to be kept for the duration of the meal. We also recommend you set a minimum time frame, as children have a tendency to rush their dinners just to get back to their phones! Parents could also turn to screen time parental controls to effectively restrict device usage during dinnertime. For example, Mobicip's Family Time feature allows parents to instantly lock all home devices upto 30mins or an hour at a time, to ensure participative family meals and healthy conversations.

Lead by Example
This means that you have to put your device away and make dinner more engaging. This doesn’t mean replacing one distraction with another. For example, there’s no purpose to staring at the TV instead of the smartphone! Find out what your children enjoy talking about and share your thoughts on the subject. Discuss their day at school. The key is to be approachable and not be judgemental of what they like.

Sadly, children are heavily influenced by their peers and parents are inherently considered ‘uncool’ or ‘lame’! It’s easy for a negative idea about parents to spread virally among a social group. It becomes crucial therefore that you don’t come across as overbearing, as this can drive them to becoming defensive and rejecting the concept. Once they understand that you are always there for them, and that you are depriving them of their phones for a greater purpose, they will instinctively close any gaps that were developing. You will then find it easy to get through to them about other concerns as well.

Relate to Their Issues
Ensure that the rules are adhered to without any exception. Children often blow things out of proportions in their minds. They take it upon themselves to stay connected and respond to their social group. This is partly due to peer pressure, but it’s also fuelled by FOMO: a fear of missing out. It becomes extra hard for children to stay offline for long. They also feel the pressure of responding to every single message they receive during dinner… and we are talking about hundreds of messages here! Have an open talk with them on this subject; be firm about enforcing the rules, but don’t be dismissive of their concerns.

Follow Through
The last and most important step to implementing device-free dinners, is to follow the same restrictions every single night. It can get increasingly difficult amidst protests and the subsequent mental exhaustion, night on night… especially since you can’t hide from the complaints in your own phone! But don’t give up. One day, your family will simply accept that they should put away their devices before reaching the dinner table… and from that day, device-free dinners will be the norm.