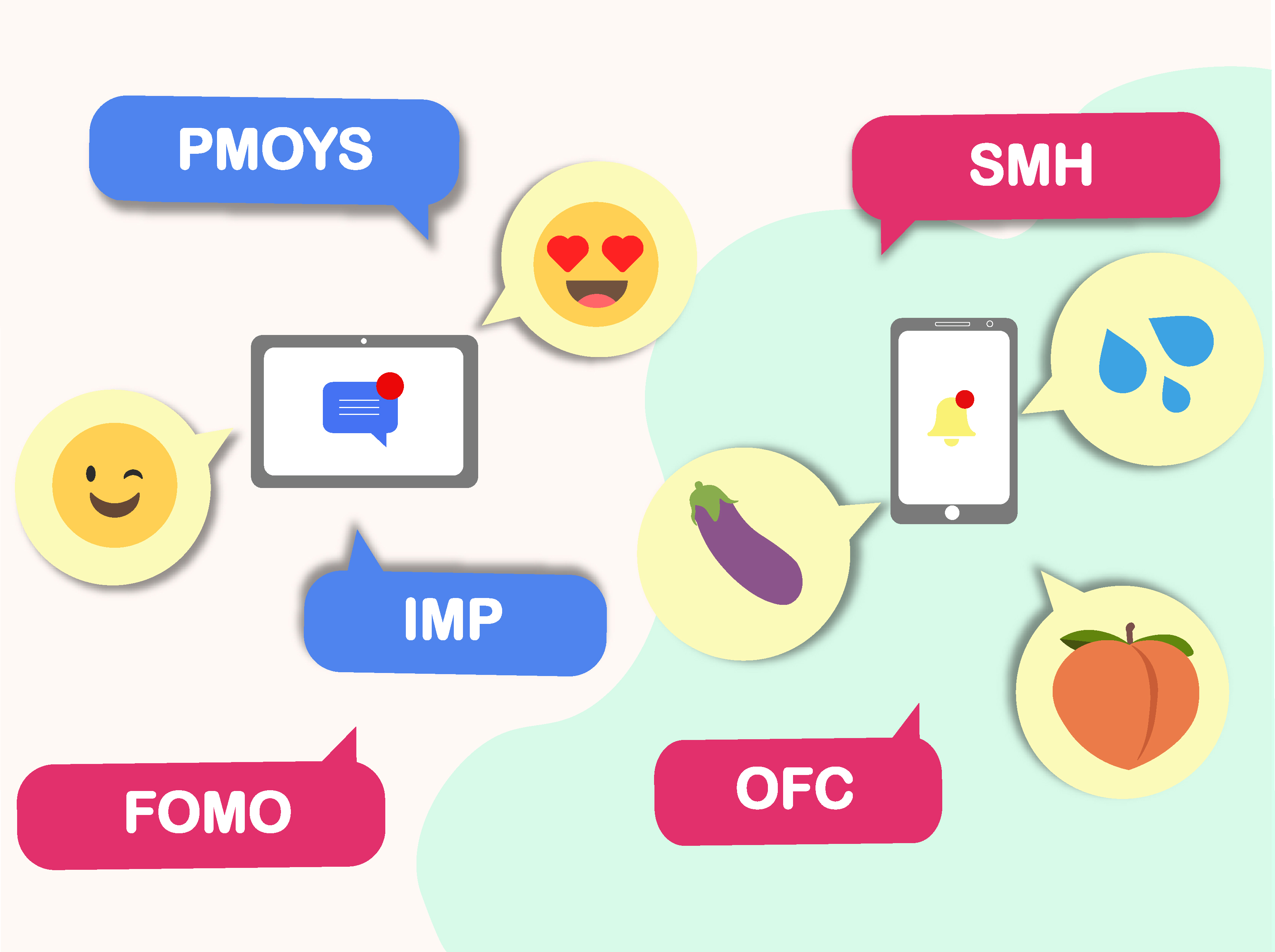 Teenspeak in the digital era

“WTH*”  says my teen, as I pour water over her sleepy head. “KMN*”, she groans, when I remind her that online school starts in about thirty-six seconds, and says, “TSNF*”.

Living with a teenager teaches me that this breed of literary genius can write entire epics without using vowels. Of course, the rest of us would require a dictionary, sorry, apps to translate it into a language that we know.  For example, did you know what PMOYS means?  It means “put me on your story” or “put me on your Snapchat” and is often requested by someone to showcase their relationship or friendship with another person.

It’s My Pleasure (or IMP if you are on Instagram) to enlighten you on such important matters.  Now you wouldn’t have to google “What does IMP mean on Instagram” – your answer is right here.

Jokes aside (or BSF**), the use of abbreviations - some of which may even contain vowels – OMG**, has become the hallmark of the current adolescent generation, even when talking vocally and not just texting and chatting online.

I am not a digital savage.  Back in the nineteen-nineties (“dark ages”), when I was just dipping my feet into digi-speak, I signed my emails with “TTYL***”, and my best friend wondered if I was sassing him as “Take That You Lout”.  But, for a woman that spent most of her formative years under Catholic nuns  who frowned if she ended sentences with prepositions, it is hard to accept the rapid proliferation of digital-teenspeak, instinctively judged as degradation of language.  And when she is a copyeditor by profession, the use of “u” for “you” in a formal document becomes 2M2H***. Of course, Shakespeare would have tut-tutted at my own language skills and said “killeth me anon”.

Laughter could be the best medicine.  Or not.

Perhaps the most common digital abbreviation throughout the world, and in almost any language has to do with laughing.  While LOL (Laugh-out-loud), ROFL (Roll-on-the-floor-laughing) and excuse the profanity, LMAO (Laughing-my-ar$^ -off) are now pretty common expressions that don’t need translators, there are a few more that do –

and, I promise I am not making this up:

Different platforms have their own characteristic lingo, I understand.  We already saw PMOYS referring to snapchat.  Another commonly used abbreviation in Instagram is LMP (like my picture), it’s always GTK (Good to know, but I made that last one up, perhaps it would catch on). If AFK (Away from Keyboard) is legit in the gaming domain, why not GTK?

When must parents worry?

But digital teenspeak is not all fun and games.  Adolescents often use coded language to communicate amongst peers behind their parents’ understanding. Such words can often offer hints at indulgence in forbidden or even dangerous activities.  Extensive and organized lists of parent-proof digital-teenspeak are here.

Some specific sexual codes that a parent should know are:

But on a lighter and not-so-dangerous note, teenagers can yeet (throw) out the feels (feelings), to understand the lit (popular) words, so that they can slay (doing something very well) and ya da real MVP (I don’t even want to translate that one).

The science of the lingo

The science of spread of slang has puzzled linguists and anthropologists in the past.  Not anymore.  The Internet has made it easier to trace the origin and spread of digital slang.  Jacob Eisenstein and his colleagues at the Georgia Institute of Technology analysed 30 million tweets sent from different locations in the U.S. and in a paper, titled “Diffusion of Lexical Change in Social Media”, showed that language change spreads rapidly across social network connections, especially among people who are socially similar and geographically close (“homophilous”).

There are many sites and apps that can be used to translate digital-teenspeak into English.  But while we oldies train ourselves to learn to understand teenage talk (never to use them, I hope), it is also important for our teens to understand that new lingos must liberate, and not restrict them.  A disturbing study has shown that  a majority of teenagers today use a vocabulary of just 800 words, teenspeak included, as against a 40,000 words they should have learned to use by the time they reach 16. Lancaster University linguistics professor Tony McEnery found that one-third of most teenage speech comprises 20 common words like "yeah," "no,", “like” and "but."

“It is inevitable”, I conclude, quoting the words of the Georgia Tech Research paper, “that the norms of written language must change to accommodate the new ways in which writing is used.”   The words of the philosopher writer Alan Watts rings true – “The only way to make sense out of change is to plunge into it, move with it and join the dance”.