Social media such as Instagram, Snapchat, Facebook, Tik Tok, etc has become one of the most known and used forms of technology today - especially among the younger generations. With its impressive and quick increase of popularity, a new form of celebrities have come to life: Social media influencers. These influencers have become the face of many social media apps such as Instagram and have also quickly become the beauty standard set for users. But what effects do these new beauty standards have on younger users of social media? Has this social media boom been a positive thing? Are teens more at risk of experiencing mental illness if they use social media?

The Growth of Social Media Filters

In 2015, the social media app Snapchat first changed the concert of pictures and beauty standards with the release of beauty filters. These beauty filters often alter one's look through added makeup or fun effects and they’re very popular among users. This popularity was so great that the use of beauty filters were quickly introduced among other social media apps such as Instagram, Facebook, and most recently Tik Tok. Though these filters may just seem like some online fun for users to play with, they can actually be somewhat harmful and cause negative thinking for self perception, says the Child Mind Institute.

Psychology Today says that many physicians who work in cosmetics are witnessing that photo-editing and filters have caused a shift and driven many to redesign themselves. Plastic surgeon Tijion Esho named this shift “Snapchat Dysmorphia,” and the term took off when JAMA Plastic Facial Surgery declared that selfies and photo-editing had instilled new beauty standards. The over usage of these filters can lead to an obsession with self image and desire to change one's perceptions which can be detrimental to teens’ mental health. 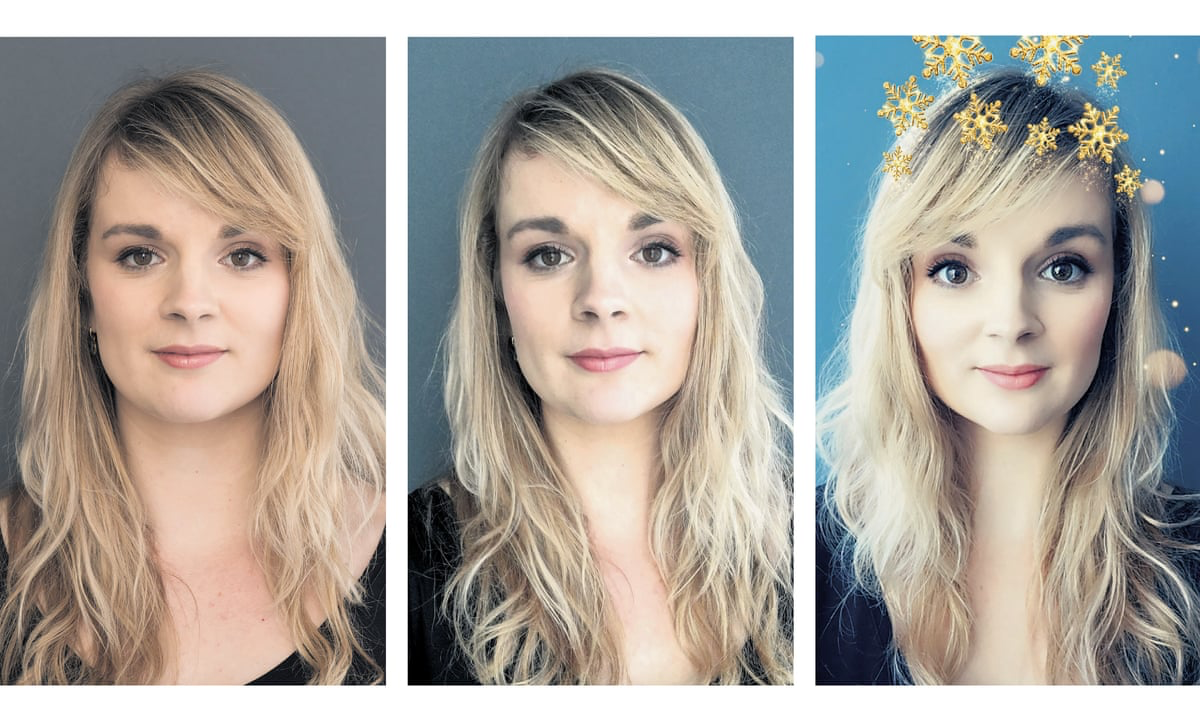 A portrait of Elle Hunt, taken in natural light on a digital camera; a selfie, taken on an iPhone without a filter; a selfie, with a Snapchat filter. Photograph: Linda Nylind/Elle Hunt

How can we keep filters fun?

As much as we want to help our teens, it’s important that we still let them explore the internet and experience the world on their own. It’s important to listen to your teen when they come to you with any problems they're having or with any concerns. Similarly, it’s important to look out for problems yourself by using software such as Mobicip which can provide parents with various features that help keep your child safe!