Everything Parents Need To Know About Poparazzi

Did you hear about the app called "Poparazzi"? It is a booming teen sensation and now, the No.1 on App store. Ninety-three million selfies are taken every day, which works to 64,583 narcissistic photos per minute. Selfie-craze has plagued the world for decades now. It has fuelled the never-ending pursuit of the perfect photo of oneself to be shared with the world in a self-aggrandising effort at glamorizing existence. So much so that we even have a selfie-day – June 21st!  Like Bill Nye, the Science guy, if you feel that the ‘selfie fatigue’ is shortening your life, Poparazzi is the way out to put the photographer in you behind the lens and not on both sides of it. 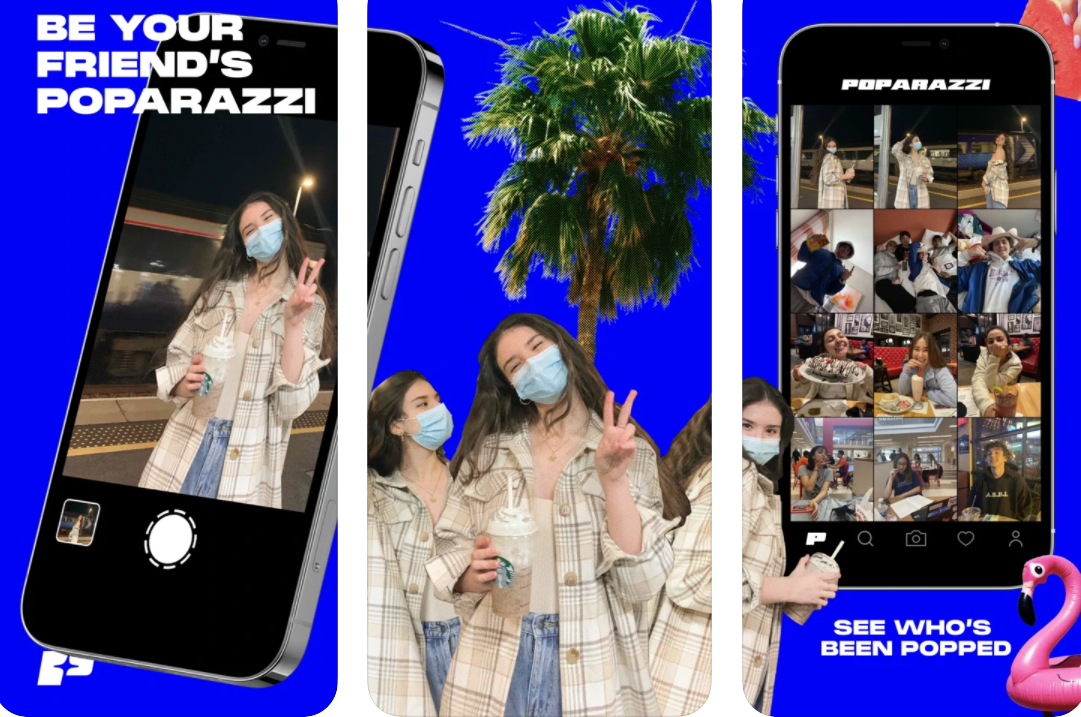 Poparazzi holds your pictures, but only those taken by others, which, according to the developers of the app, takes away the pressure to be perfect. Thus, your friends/family/acquaintances become your own personal paparazzi. While you can continue to revel in your own digital image, you are not the one holding the camera at arm’s length to get that perfect shot.

In short, Poparazzi is a photo-sharing app that helps capture and share candid images among trusted contacts. It removes the possibility of manipulating the image and allows capturing the reality of the moment in digital amber, warts and all.

Why Poparazzi Became So Popular?

There has been increasing discontent with the selfie phenomenon in recent years. Many research studies are showing the damaging effects of the selfie on the human (especially youngster’s) psyche. There has commenced a move to back off from traditional selfie-rich social media platforms such as Instagram, and increasing patronage to alternatives such as Minutiae, Vero,  Oggl, Dispo and now, Poparazzi.

Another reason for the instant popularity of Poparazzi is that its public launch happens at a time as a symbol of reunion and interaction after a year-long pandemic induced social isolation.

Poparazzi ascended to the top of Apple’s App Store in 24 countries within a day of its launch. Thanks to a perfectly executed marketing plan that included pre-launch TikTok hype cycle and post-launch social buzz, including favorable tweets by its backers. The app reportedly had half a million pre-installs on the day of the launch.

The app is currently available for iOS users.

How To Use Poparazzi?

On downloading and launching the app, a small teaser provides a brief overview of the app.  This is followed by acquisition of permission for the app to access camera, contacts, notifications, age, and mobile number, which is then authenticated by a passcode. Once authenticated, you can enter your data – name, username, and photo.  You are then allowed to choose three contacts who take your “best photo”. Then, you can choose to invite people and finally start using the app.

The profile section of the Poparazzi app's is divided into photos of you clicked by others, and those of others clicked by you. The app also shows people who photographed you most on their camera if they are connected to you.

No filters, just you!

The most important feature of Poparazzi is that it does not allow users to crop, add captions, filters or any edits to the photos taken. People may be tagged on photos, but they must be on your follow list for the tagged photos to appear in your account. The app automatically follows everyone in the phone book of the phone into which it is downloaded. A “pop” score is given to each profile depending on the number of photos taken.

Although Poparazzi automatically follows all contacts in your addressbook contact list who also use Poparazzi, you can choose to decline app access to your phone book; you may continue to use the app, but full functionality is enabled only when shared with others.

Users also have the option of deleting and untagging pictures they do not want on their profile. Other users may be blocked to prevent "popping" pictures of them and prevent them from tagging your name.

Poparazzi is also connected to Snap through a built-in button that lets users switch to Snap and post pics from Snap to Poparazzi.

It is early days for the app yet.  Its start-up popularity may wane with time, given the competitive environment of social media apps.   But from a personal level, it is always better to be wary of such apps and be aware of the various pitfalls so that we can use such apps judiciously, if at all. Poparazzi may be perfectly okay for an adult with a 17+ rating, but the App Store rating of 12+ is misleading. Here’s something from the App Store reviews.

Parental supervision is not just advised, but necessary. A parent’s responsibility is to keep children safe and Mobicip makes it easier! Poparazzi is another app that can potentially be dangerous for your kids. With Mobicip, you can block such apps with our monitoring services and help your child have a safe internet experience.