Parenting in the Digital Era

No other topic in the world could raise a tsunami of opinions, judgements, beliefs and arguments as parenting. From whether or not to have a scheduled C-section, breastfeed, use pacifiers, or vaccinate, parenting involves mental and moral acrobatics that strain the human fabric to the extreme. Add technology into the mix and we have opened Pandora’s box. 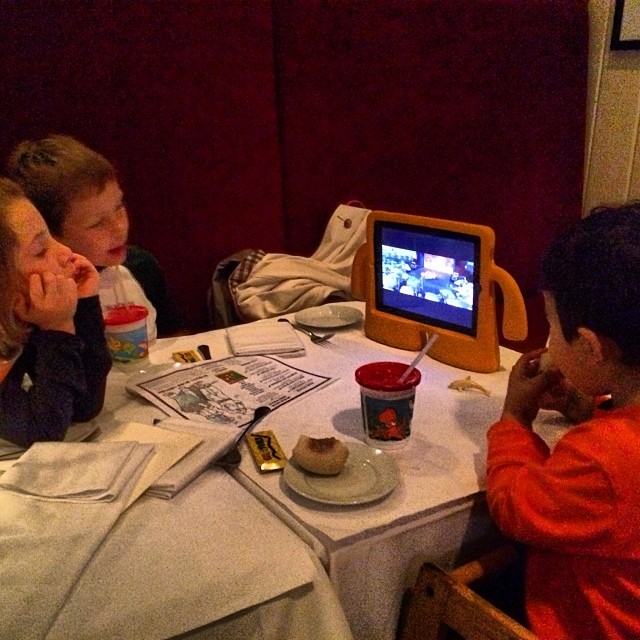 Today’s child is a digital native, the umbilical cord being replaced by the gadget power cord. A recent study conducted by the Family Online Safety Institute (FOSI) and Hart Research - “Parenting in the Digital Age” - reveals some interesting statistics. Virtually all parents surveyed (in Maryland) admitted to their children owning or having free access to electronic gadgets: 90% of the children had a computer, 93% owned a video game console, 88 % had cell phones, 81% had tablets (81%), and 70% of parents reported that the children had their own MP3 player. According to a survey by the Internet security company, AVG, in the US, 92 percent of children have an online presence by the time they are two years old. Is it, then, any wonder that parenting a child who has learned to swipe a screen before she can hold a crayon, raises hairy issues and dilemmas? Understandably, the digital revolution of the past two decades has induced a “moral panic” in parenting.

The challenges in digital parenting arise from the general belief that now is probably the only time ever in human history that the child knows more than the parent. This belief is, however, debatable. The Hart research reports that 80% of parents of six- to nine-year-olds think they know more technology than their child. This drops to 44% for parents of 14- to 17-year-olds.  Such figures could be a result of the fact that parents of 6-9 year olds may be young enough themselves to have ridden the digital wave, as against parents of 14-17 year olds, who may predate the revolution. Education, economic background and ethnicity also play an important role in parent participation, as expected.

A technology-run world, while allowing young people access to invaluable resources and learning opportunities, also brings forth parenting challenges that include profitable participation in digital literacy/curriculum, management of screen time, protection from cyber crimes such as cyberbullying, filtering age-appropriate content, and more. In the parent-student-teacher triad partnership, parents play a vital part in teaching children the practice of “netiquette” outside of the classroom. All these require that the parent herself be digitally literate – “e-literate”, so to speak.

A digitally illiterate parent poses a clear risk to the privacy and safety of children. A tech naive parent may, in a moment of parental pride, post pictures, videos or information of their children online, unaware of violation of privacy rights of children, and worse, opening them up for public scrutiny. Privacy management in Internet and social networks is possibly the primary and most important e-skill that a parent must possess.  It is important for every parent to understand that information in the cyber-universe is permanent and not difficult to retrieve and may thus pose a risk for the child’s future, and often, even present.

Digital literacy also entails making informed decisions and knowing and enforcing limits.  Information is power, and power, like a pendulum, can swing both ways. Digitally illiterate parents may be naive enough to take illogical stances about technology – that it is a boon, or a bane - without fully understanding the advantages and risks. Another important skill essential for parental e-literacy is the know-how and commitment to manage their child’s technological activities. This includes being aware and/or moderating the duration, content and quality of the child’s digital involvement. All three factors are subjective and are a function of the child’s temperament, extent of parental involvement possible and the nature of the society to which they belong. For parental participation in digital literacy, it is also very important for the parent and school to have active interaction and open communication channels so that the parent clearly understands school and classroom technology guidelines, knows how and what types of technology are used in class, and if possible, obtains the tools required to complement classroom education.

Parental digital awareness hinges not only on the parent being well-informed of the tools available to children for safe and efficient use of technology but also on her personal commitment to lead by example. As James Baldwin said, “Children have never been very good at listening to their elders, but they have never failed to imitate them.” If parental digital illiteracy can cause one type of problems to children, parental overindulgence in technology can raise a completely different set of equally serious issues. A constantly texting parent raises a constantly texting child. But more subtle, and more serious is the psychological effects of tech-saturated parenting. With increasing use of technology and gadgets by parents themselves, there is a very real risk of a social disconnect from their children, others, nature and often, themselves. This disconnect can have serious effects on the development of the child. The use of technology by parents as a baby-sitting aid has in part been fed by the often imaginary belief that “outdoors” is unsafe and the lack of time or motivation for parents themselves to spend leisurely evenings with the children out of the four walls of the house.

A disturbing Canadian study shows that parents spend an average 3.5 minutes per week in meaningful conversation with their children.  In many homes, the room with the television has become the dining room and family conversations have languished as a result of adults and children being glued to the big box, or its smaller hand-held versions. To adapt Sheldon Cooper, the smaller the box, the more concentrated the idiocy. Sherry Turkle, director of the Massachusetts Institute of Technology Initiative on Technology and Self, found after painstaking research over fifteen years that parental overuse of technology fosters feelings of hurt, jealousy and competition in children.

Parenting, as is often said, involves giving kids wings to fly and roots on which to stand. Parenting in the digital age can only be more so. The only path ahead involves conscientious and conscious participation, rather than outright techno phobia or philia, to provide an inclusive life where the parents join children and schools in balanced technological engagement that does not compromise on the ability of  society in general, to stop and smell the roses.