The Challenge of Digital Parenting 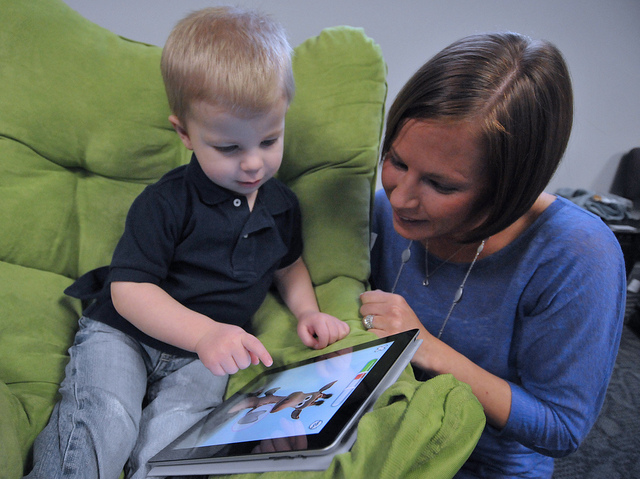 A digital parent typically follows one of three mediation styles with regard to their children’s digital usage - restrictive mediation that involves rules and prohibitions to content, instructive mediation, in which the parent advises and instructs on what to and what not to watch and coviewing, in which the digital media is experienced together, often perceived by older children as helicopter parenting. According to a nationwide survey conducted in 2006, 59% of parents used some form of mediation strategy, of which, 7% allowed unlimited media use and engaged in no mediation.  11% of parents used instructive mediation, especially with younger children and 23% used restrictive mediation.

The mediatory role of the digital parent is decided by various factors – practicalities of inclusion of digital technology, such as affordability, and knowledge of benefits and pitfalls of technology. But perhaps equally important is the nature of the parent-child relationship. Family interactions and family environment are important in that as the amount of time young people spend alone with digital media increases with a decrease in the availability of parents for interaction. With life in developed societies becoming busier than ever, “quality time” between parents and children has become premium, thereby introducing the role of parent as participant in co-learning with children; co-learning is particularly relevant with respect to the digital media in that it is more natural to the digital native child than the immigrant parent.

Thus, digital applications such as emails, instant messaging, sms, wikis, social network sites, and other online immersive experiences have emerged as a platform for better interactions between parents and children.  However, it should not be forgotten that technology can lead to “co-presence” in which people are paying more attention to the people on the other end of the cell phone conversation (or instant messaging, or social networking) than to those in the same room.  Co-presence, ironically, is a problem seen not only among children, but among parents too.

Parental responses to a child’s questions and activities significantly influence the patterns of attachment that will guide the child’s perceptions, emotions, thoughts and expectations in the use of the digital media. Indeed, studies have shown the importance of family interactions during early adolescence as predictors of future online socializing behavior of youth.

The style of mediation differs with the gender, educational level and age of the parent and the child. For example, research has shown that boys and young adolescents are controlled more than girls and older adolescents in terms of gaming. However, another study showed that in terms of general internet use, parental mediation was more often directed towards younger children and girls than towards older children and boys. Mothers have been found to mediate their children more often in their media use

Education level has a significant influence on mediation styles as well in that lower educated parents set more content restrictions on the child’s Internet use.  Furthermore, parents with more computer or Internet skills are more aware of safety issues of the digital media and often install apps for security and protection on the computer and other gadgets to ensure the safety of their wards. The perceived need for parental mediation also decreases with increasing age of the children; parents of older children are likely to report less engagement in parental mediation strategies than parents of younger children.

The familiarity of the parent with digital tools is also propelling greater interest in their use for better communications between parents and the academic environment. According to a survey by Schoolwires and Project Tomorrow conducted in 2012-13, 89 % of parents wanted their child in a class that used mobile devices, 37 % wanted teachers to be evaluated on their proficiency in using technology within instruction and 47 % wanted their child’s teacher or school to send text messages to their mobile device.

The rise of the digital parent has in turn changed the way the academic system interacts with them. Twitter feeds, Facebook pages, instant messaging and text messages are now being commonly used by schools to update the digital parent about the activities of the school and their children. Web portals that disseminate children's grades on school assignments to their locker combinations and lunch menu effectively use technology to bridge the information gap between schools and parents, to the point that the line between home and school has blurred considerably.

The use of digital media to connect school and parents is, however, not all smooth sailing. The level of access to and familiarity with digital technology can vary even among digital parents and thus it is essential for the community to provide literacy training to parents in order to level the variances. Organizations such as Technology Goes Home and CFY provide parent and teacher training to help establish a working equilibrium between the school and the digital parent.

Parenting aids such as pediatrics, counseling and nursing, already extensively exploit the opportunities afforded by digital media for sharing, providing social support, consulting professionals and training parental competencies among the digitally savvy parents. Such guided and self-guided interventions have been shown to positively contribute to the parenting experience. The advantage afforded by technology is that in contrast to traditional parenting intervention programs that largely targeted specific types of parents, the modern digital media offers support to large groups of parents who are connected digitally.

Digital parents are active partners in their child’s digital life and must set an example for smart Internet use. Apart from teaching computer skills to children, the digital parent is best suited to guide the child on issues of online safety, and digital citizenship. To fulfil President’ Obama’s wish that parents take responsibility to be actively involved in their children’s education, it is essential for all parents to become digital parents and it takes concerted effort by governments, society and families to enable such a transition.