If you are a school or business and wish to deploy Mobicip's web filter on your Windows computers, follow the steps below.

Note: If you're a parent setting up parental controls on Windows for your family, head to this article instead.

Create a Mobicip Enterprise account at mobicip.com/enterprise. This account is distinct from a Mobicip family or consumer account. Let us know the registered email address so we can add the licenses to your account.

Once licenses are setup and you receive a confirmation, login at mobicip.com to setup filter profile for each group of devices that will share the same filtering settings. For instance, you may want to setup a profile for each classroom, team or sub-group within a classroom. 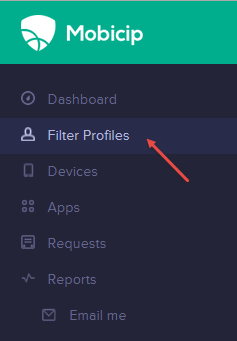 You are probably in touch with Mobicip regarding a quote or free trial already. Just contact support and request a custom build of Mobicip for Windows. Share your Mobicip account credentials so we can automate the login step during deployment.

On each computer, launch Mobicip and map the Windows users on that computer to the appropriate filter profile in your Mobicip account.

Before deploying Mobicip, install the Mobicip Active Directory app on one of the networked computers. Launch the app and map your user directory to the appropriate Mobicip filter profile.