How To Restrict Mobile App Installs With Mobicip?

This article shows you how to find and block (or allow) mobile apps on your child’s device.

Summary: From the Mobicip Portal or App, select Apps from the menu. For each child, review the apps you wish to allow or block.

Open the Mobicip Portal or App and select Apps from the menu. 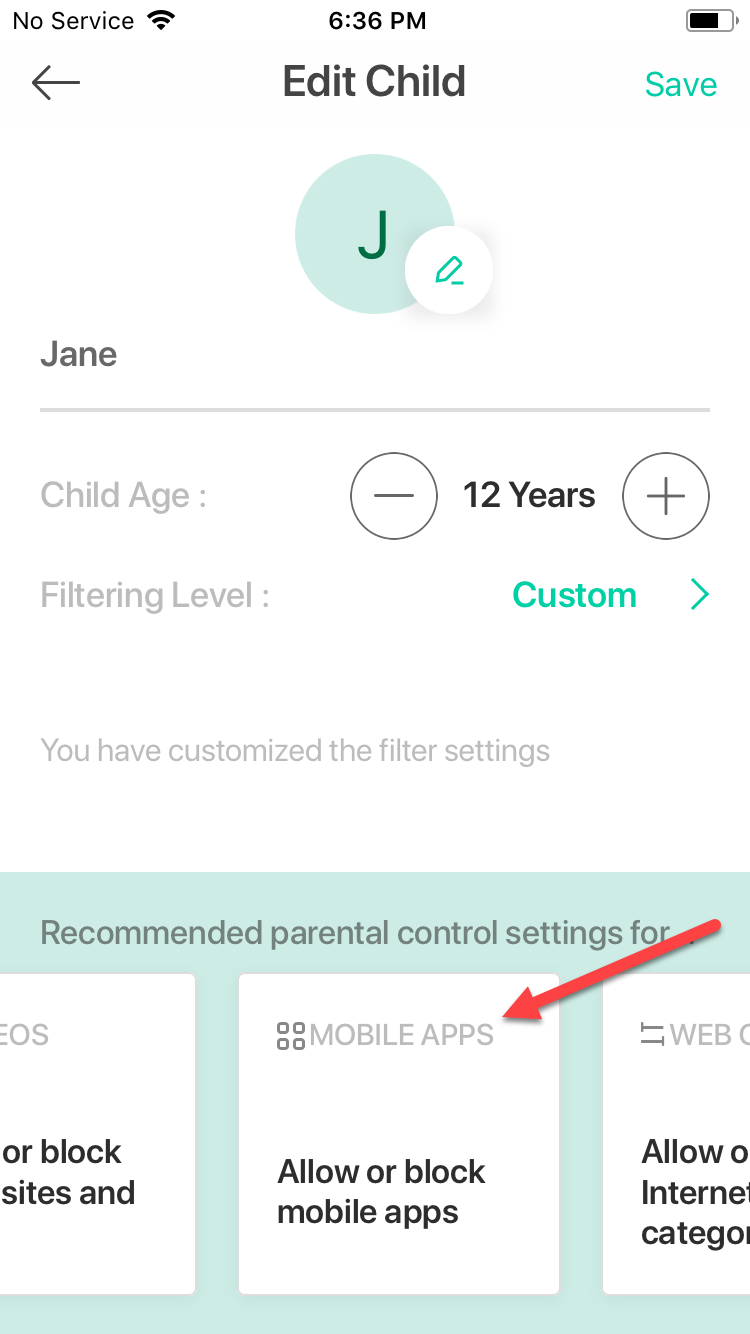 Tap an app to block (or allow) it for each child. 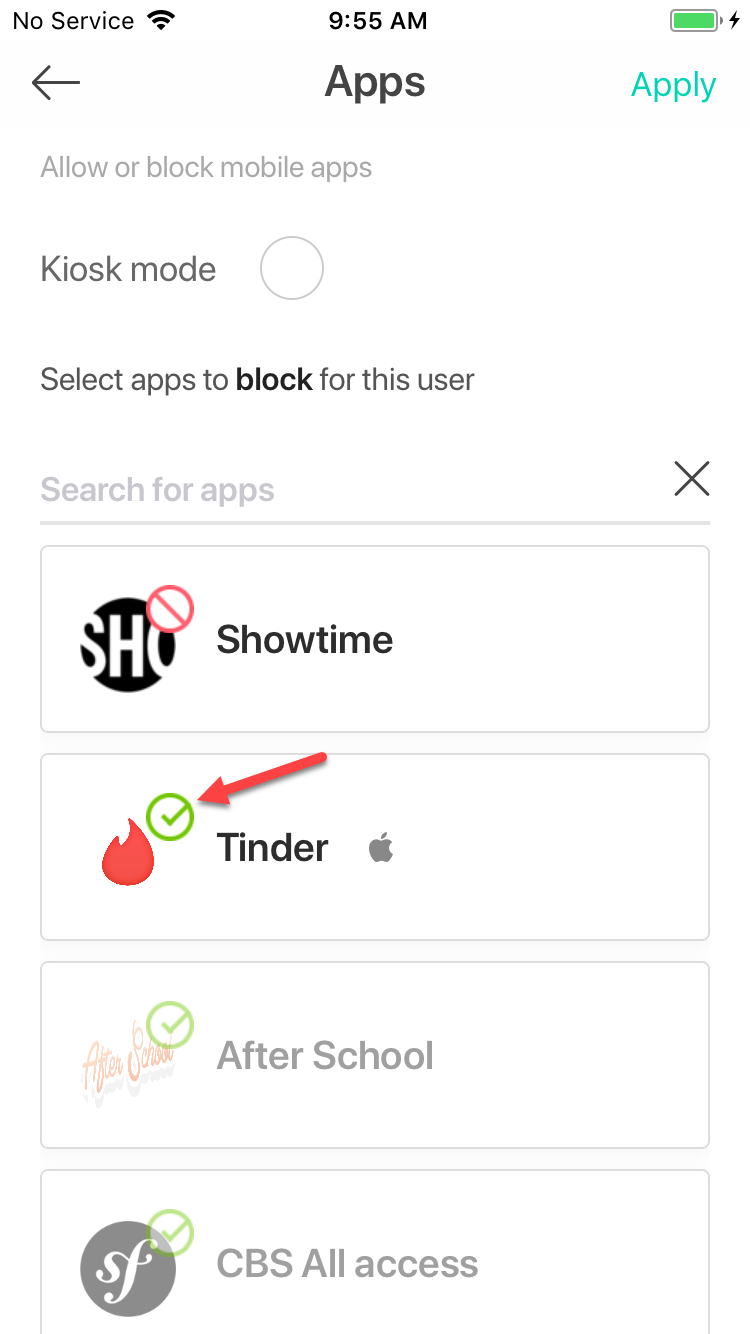 Select 'More Apps' to pick from the full list of installed apps. Scroll down the list and search from the App Store or Play Store to block (or allow) apps that may be installed in the future. 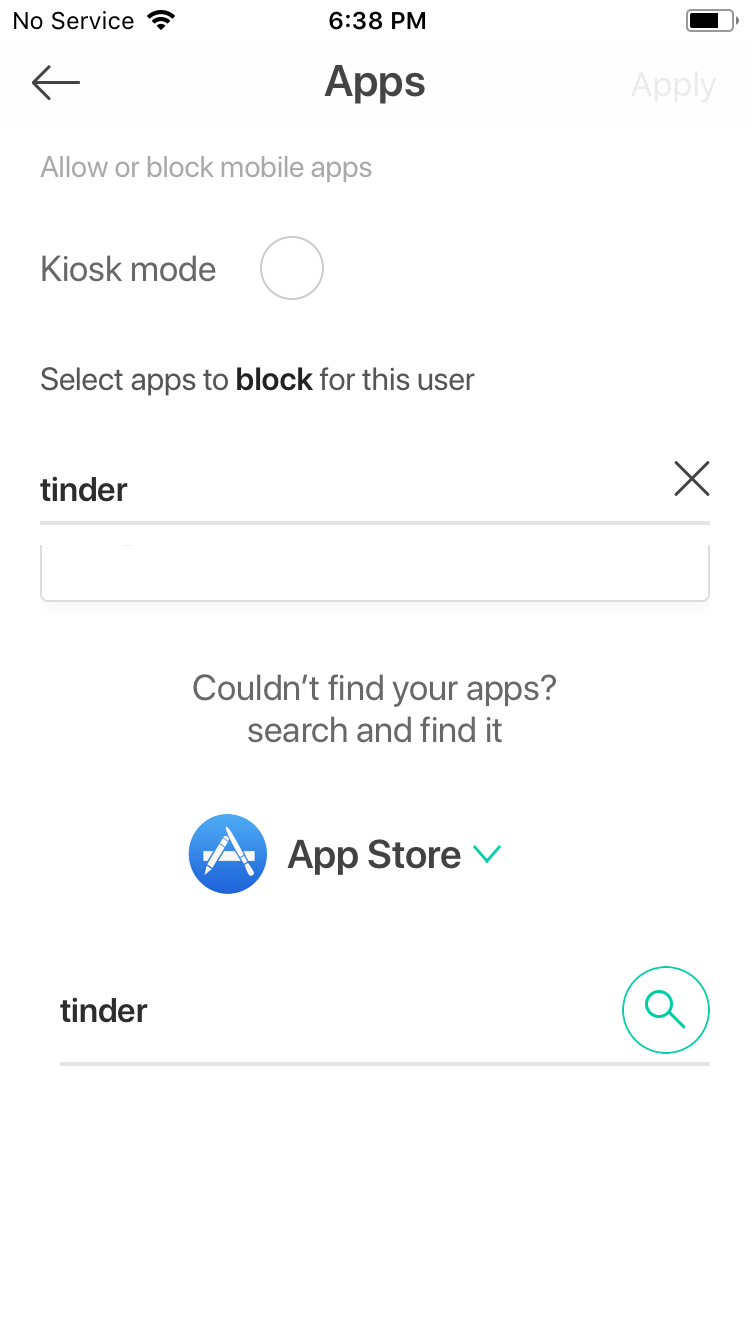 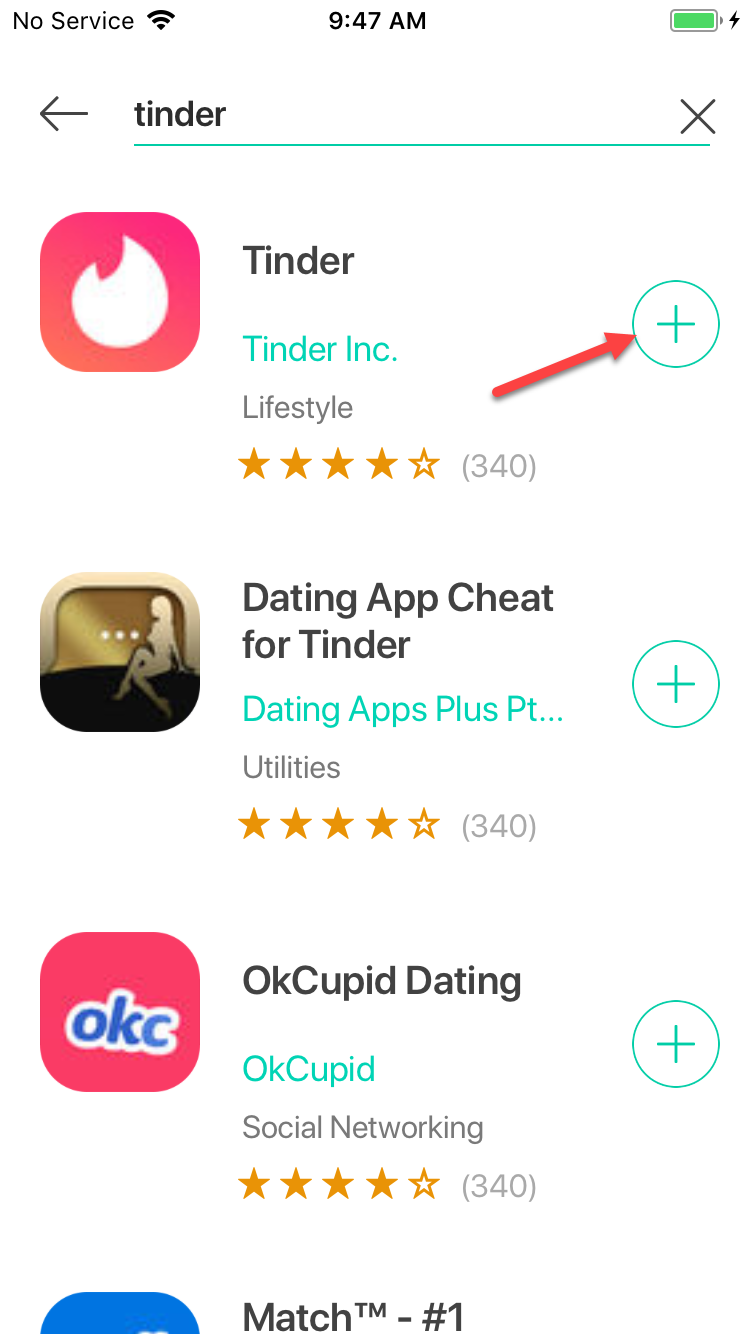 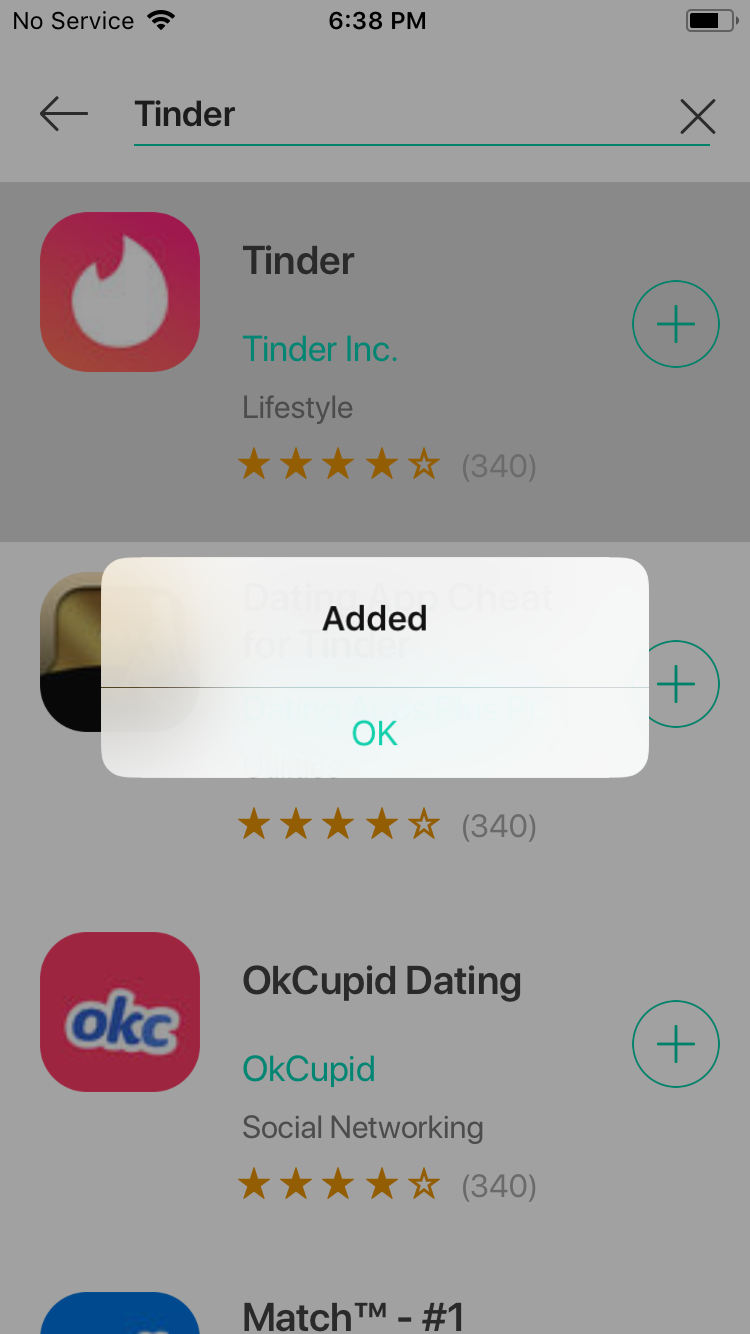 The app will be added to your list of blocked apps. If your child downloads the app in the future, it will be blocked by default. 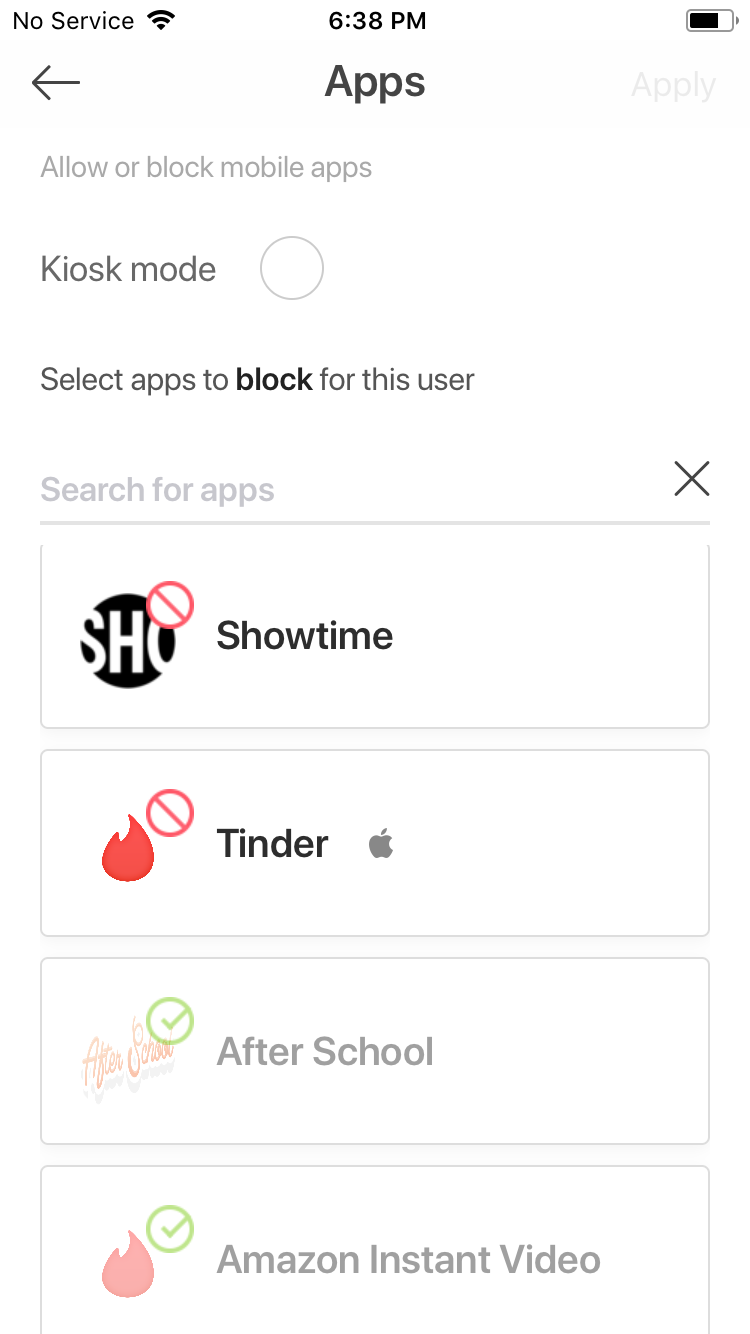 In case you wish to allow it at a later point of time, you can scroll through the list and touch the app to unblock it.

Allowed Apps Only: You can choose this mode if you wish to allow only a specific set of apps. 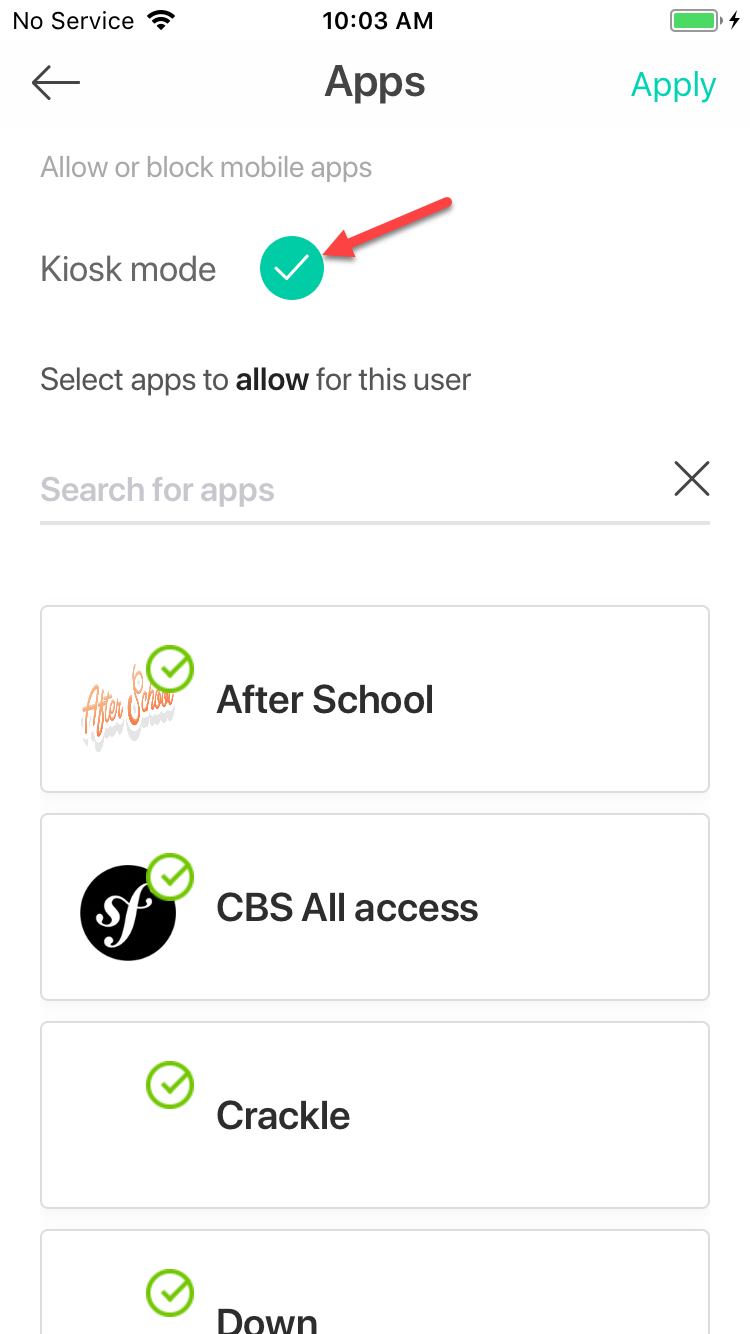 Once this option is chosen, all apps other than those allowed in the list will be blocked by Mobicip.

Make sure to ‘Apply’ and ‘Save’ your changes.