How To Recover an iPhone/iPad Locked After Track Location?

If you have used Mobicip's location tracker, you may have noticed that the device gets locked momentarily while it attempts to track its exact location. Unfortunately, in some situations, it appears that the device doesn't recover from this mode and remains locked. This article shows you how to deal with this problem. 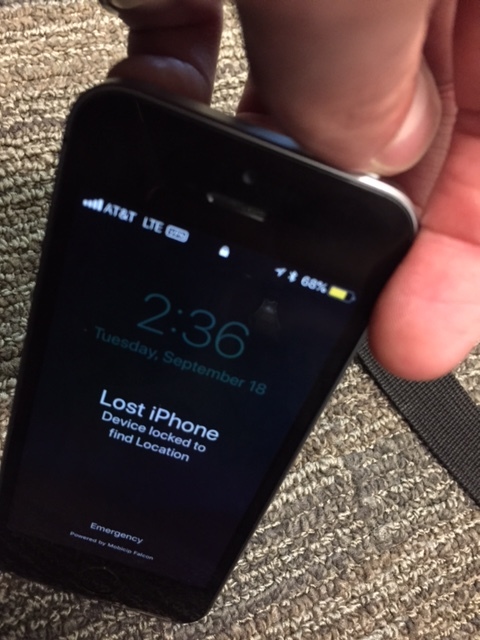 Mobicip uses Apple's iOS API to locate the device. The way Apple's API works, tracking the location requires three steps:
1) Enable Lost Mode
2) Ask device for Location
3) Disable Lost Mode.
This seems to work well for almost all users, but in some rare and unpredictable cases, it seems to get stuck for no apparent reason.

The first thing to do is to ensure the device is online.
1. Restart the iPad by holding the home and power buttons down at the same time
2. Wait until it starts up and see if the problem is solved. If the issue persists, send an urgent request to Mobicip support immediately.

The steps above seem to have worked well for almost all users. In some rarest of the rare cases, the device never connects back to the Mobicip server. We are completely helpless in this case, and so are you. Our best guess is that iOS gets into some kind of race condition on this device alone and locked up. Mobicip has raised the issue with Apple, but the bug was considered expected behavior and closed. We are working on discontinuing the use of this Apple API and using an alternate method for location tracking.

In the meantime, there is only one way to recover the iPad from its locked-to-find-location state, and that is to restore it.
How to Restore iOS Device - Apple Support
Hopefully, you made a recent back-up before supervising the iPad. Restoring the iPad from that backup should bring all your apps and data back as well.

If you didn't make a recent backup, there is one more rather crude option. This is how you restore from the backup made by the Mobicip Supervise app on Windows or Mac.

1. Find the Unique Device Identifier (UDID) of your iPhone or iPad.
2. Open Finder and identify your backup on the file system. The backup generated by the Mobicip Supervise app will be in the location:
macOS: /tmp/UDID
Windows: C:/temp/UDID
where UDID is the one you found in step 1.
3. With the device connected, launch iTunes, select the iOS device, and go to the 'Backup' section. Under 'Manually Backup and Restore', press the 'Option' key and simultaneously click on the 'Restore from Backup' button. This will allow you to select the backup file from the filesystem. Select the backup file you identified in step 2.