The Romance of Long-form Communication

For the past twenty years of my life, I have had a morning ritual. I brew myself a cuppa and have a half-hour-coffee-with-myself-time with my computer and later laptop, checking my email. In the beginning, there was “pine”, the text based email system, which, whenever I opened, had a couple of long e-mails from friends and loved ones, in lieu of the earlier long handwritten-letters I received from them, detailing their work, life and thoughts and funnies and crisp-to-the-point mails from colleagues. I would not immediately reply to either of them, because replying to friends would need more time than the morning half-hour, and work emails had to wait for work-time to be tackled. By the time I smiled at the mails from my loved-ones, the caffeine would had done its task and I would get on to my daily chores until evening, when I would assign an hour to compose equally long if not longer replies. Somewhere along the years, when I met my significant other, who briefly lived in a different continent, we sent emails of epic proportions to each other, and spent a considerable part of the day composing the love-sentences in our heads (grinning like demented Cheshire-s through it all) to be typed and sent at night. 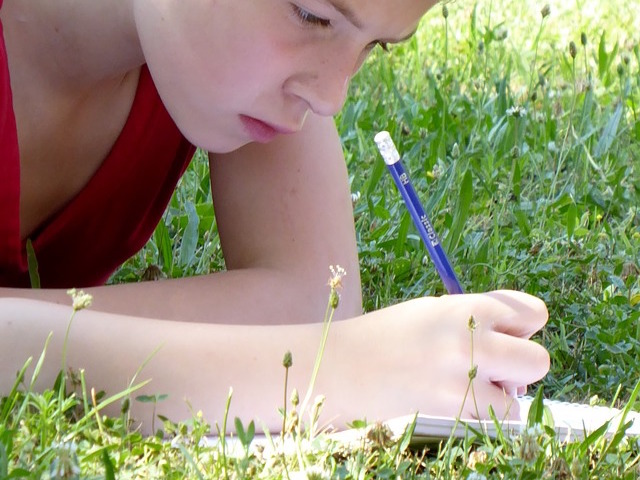 Today, I check my emails with my coffee, but not on my computer or laptop, but on the apps in my smart phone. I get many more mails than I did twenty years ago, most of them about products I need to buy to enrich my life and bodily enhancements that make me younger, which are caught by my smart filter. Sometimes I get a couple of one-liners from friends – “hi, how r u? all k?”. I reply to them immediately from the same app –“Gud hope same there”.  Despite the brevity (and grammatical monstrosity) of our communication, I know all about their lives, down to the color of the tassel of the new curtains in their living room windows seven seas away, from social media, and they know of every sniffle my child had, from mine. When my significant other has to tell me something (usually functional and often banal), I am WhatsApped and I usually reply with “OK” or “NO”. Writing has, in effect, become a transcription of speech, and not a presentation of thoughts.

Perhaps I have become one of those people who start sentences with “In those days…” that makes listeners want to gouge their eyes out, but the truth is that I miss “those days”. I am not even going far back to the times during my summer vacations in middle school, when I would wait for the afternoon post to bring me letters from friends (although admit it, it was exciting). I miss the long emails from friends, and the superimposition of their voices and mannerisms on the words on screen, in my head. I miss imagining other people’s life, and the yearning I feel to be with them, because we are with each other at the feather touch of a screen at all hours of day and night.  I miss telling my friends “oh, you look just as you did five years ago”, because there has never been an absence for the heart to grow fonder.

Can we blame the death of lengthy communication to the millennials, who are sending an average of 181 short texts every day? A survey by comScore showed that webmail usage fell by 6% in 2011. The drop-off was much steeper among the young, with usage for 12 to 17-year-olds plunging by 24%. I am not sure, because at a recent wedding, there were people from across the spectrum of ages asking me for my WhatsApp handle, rather than my email id, despite that the same smart phone, with data-plan could be used for both. Street addresses are merely meant to tag on google maps in order to direct the occasional visitor to one’s home for a rare evening of grape and grain.

But, it is all about being in touch, isn’t it?  How does it matter if my aunt-by-marriage sends me an email or a whatsapp message? It does matter, because the former starts with “My dear so-and-so” and ends with “love, aunty” while the latter is usually a forwarded picture of sunrise with a “Good morning” on the foreground, sent to all in the contact list. Social networking communication is fragmented and scattered, and caters to the needs of expedient pleasures and instant gratification. Long-form emails and letters gives the writer the time to ponder and organize content.

To deliberately pull out a piece of paper or an email text screen and think about someone for a duration longer than it takes to string together 140 characters is wholesome in ways that must be experienced to believe. Logging onto social network and tagging people in posts makes us feel like we have “connected” with least effort, but the connectivity is as ephemeral as the task itself. Further, while the content of an email (or handwritten letter) is the responsibility and property of the writer, social networking can blur this to a large extent and the originator of the message is often not known.

This may seem like romantic, nostalgic Miniver Cheevy syndrome, but I still believe that longhand mails (both electronic and handwritten) in personal communication will survive because they communicate that we think enough of the recipient to do something as archaic as pausing for 15 minutes to compose a long message for them.

Now once I find the nearest post office on my GPS, and the home addresses of all my friends from WhatsApp, I am going to write them all letters. And a love letter to my better half. Assuming I remember how to hold a pen.