Parents, Put Down That Smartphone!

Share
At Mobicip, we keep a religious eye on research concerning kids' use of technology. However, a couple of recent studies on parents' use of smartphones took us by surprise. Or not! 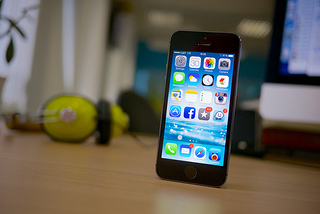 Dr. Jenny Radesky, a pediatrician at the Boston Medical Center, ran a study in which the behavior of parents with young children in restaurants was observed anonymously. 40 of 55 parents paid more attention to the smartphone than their kids. And the kids who received less attention were more prone to acting out.

In a separate study, Catherine Steiner-Adair, a consulting psychologist at Harvard, interviewed more than 1000 kids while researching for her book. "One of the many things that absolutely knocked my socks off," she says, "was the consistency with which children — whether they were 4 or 8 or 18 or 24 — talked about feeling exhausted and frustrated and sad or mad trying to get their parents' attention, competing with computer screens or iPhone screens or any kind of technology, much like in therapy you hear kids talk about sibling rivalry."
Now, if that doesn't give us as parents enough reason to put down that smartphone and look your kids in the eye when they talk to us...
To report issues or feedback, please get in touch with us. If you're happy with Mobicip, leave a happy review on the Apple App Store or Google Play store! Your feedback and support will be greatly appreciated!
The Mobicip crew
Questions? Check the helpdesk
Check out our blog for more
This is a copy of the latest Mobicip newsletter. Click here to subscribe.
Tags :
Parenting family