The Only Permanent Thing Is Change 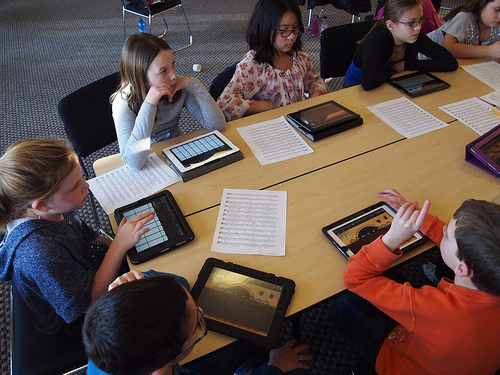 At Mobicip, we love technology and the way it’s changing education. It has opened up so many avenues for children, way beyond what we could have ever imagined during our time as students. To deprive them of such learning devices is like closing the door to a world of opportunity.
Everyone is realising this fact fast, and one school after another is bringing mobile devices into classrooms despite budget constraints. Recently, John Hill Middle School conducted a survey and realised that all of their students had a mobile gadget of their own. The decided to allow the use of personal mobile devices as the school itself could not provide them. This very same school once had a policy that every cell phone should be kept under lock and key.
Change has always been the way of life. Heraclitus was right when he said that change is the only constant. If we don’t change we don’t grow and without growth we cannot survive. Still every change is met with resistance, fear of the unknown being the prime reason.
It’s vital that we identify the root cause of this fear and remove it. In the particular instance of allowing mobile devices in class room what we are most apprehensive about is the potential distraction. Both parents and teachers feel so. The Pew Research Center (after surveying 2500 educators) reports that 87% of them feel that technology contributes to shorter attention spans.
Other worries include getting exposed to age inappropriate content and spending too much time online, and even a disproportionate fear of cyber bullying. It’s necessary that we handle what 87% of the educators fear, otherwise this apprehension by itself will turn into a barrier for effective growth. That is why hundreds of thousands of parents and school administrators use Mobicip to create a safe and secure internet for young users. Visit mobicip.com for more information.
Shaila is a blogger at Mobicip - the #1 parental control service for iPhone, iPod touch, iPad, iPad mini, Android-based tablets and smartphones, Kindle Fire, and Windows laptops. Shaila loves to write about mobile learning and the impact of technology and the internet on families.