Setting up a web filter on the iPhone, iPod touch or iPad requires that you turn off Safari and setup a Safe Browser, like Mobicip, as the default browser. One of the limitations of this approach is that web links from email and other apps will not open the browser. A source of frustration for users for long, here is what you can do about it.

If you have control over the link URL, prefix 'mobicip://' to the URL. The link will look like

and will launch the Safe Browser. For instance, if you are a teacher and publish links via email, blog, or as a QR code, add the prefix to solve the problem. 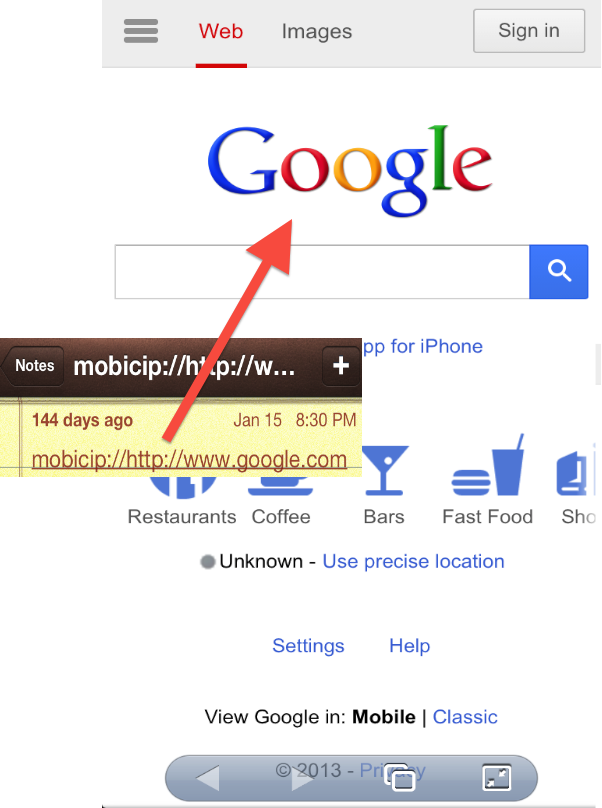 As much as this answer is frustrating to hear, the limitation is in Apple's iOS software. Mobicip and other developers have made several attempts to bring attention to the issue with Apple. The limitation came to the fore when Google launched the Chrome browser for iOS. The problem was discussed widely in the press, like here, here and here, for instance.

What Can You Do

So as a parent of a frustrated user, what can you do about it? Talk to Apple. Contact Apple customer support, at an Apple store, or on the support website (select Internet & AirPrint > Topic not listed) and let them know. With the attention from the media and from users like you, perhaps Apple will take a second look at this. Fingers crossed!

To report issues or feedback, please contact support. If you are happy with Mobicip, please leave a quick review in the Apple App Store or Google Play store. Your feedback and help is much appreciated!
The Mobicip crew
Questions? Check the helpdesk
Check out our blog for more
This is a copy of the latest Mobicip Newsletter. Click here to subscribe.
Tags :
Parental Controls Mobile Learning