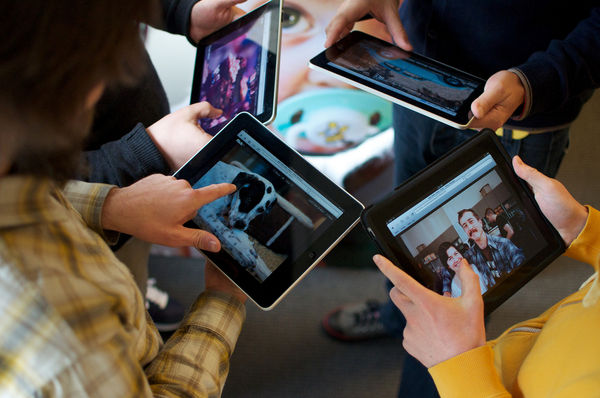 Here is a fact. 19.2 million adults in the US, that is 1 in 5 Americans, have an extreme fear or phobia, and the #1 fear is for a dental visit, especially the dreaded root canal. Here is another fact. In a Brainshark survey of 1300 iPad owners, 1 in 3 users say they would rather have a root canal than accidentally break their iPad.  Physical pain is more bearable than the grief of a broken iPad!

Sounds incredible? But that’s how popular the iPad is.

We all know that the iPad’s physical characteristics and accessibility make it a rage. But what we often overlook is its popularity due to the utility offered by the applications on it. Case in point - 72% of users like it for its apps.

These apps convert the routine of daily life into an interesting science fiction narrative. It is so popular with single men that 1 in 10 prefer an iPad over a new girlfriend!

On a more serious note, 17 million iPads were sold in the second quarter last year. It's a must-have tool for the business as evidenced by 47% of business owners preferring an iPad to a bigger office.  These gadgets have redefined the way business is done and apps have transformed every aspect right from CRM to keeping track of contacts, managing inventory, directing sales teams, creating sales pitches, managing orders, processing invoices, receiving online payments and much more. It’s no longer a child’s gadget.

iPads are for the entire family though. 43% said they liked the device for its role as a pacifier for kids. At home, iPads have replaced the TVs, cameras, GPS and the laptops too. In a child’s room one single iPad has replaced an entire shelf of books and research tools. No wonder Apple briefly became the world's most valuable public company last August, beating the previous twelve year long  title holder.

Shaila is a blogger at Mobicip - the #1 parental control service for iPhone, iPod touch, iPad, iPad mini, Android-based tablets and smartphones, Kindle Fire, and Windows laptops. Shaila loves to write about mobile learning and the impact of technology and the internet on families.