Internet and the Law

Although Internet membership sites, including emails, chat rooms and other forms of social networks, limit the use of their services to adults or young adults (over 13 years), it is an open secret that much younger children commonly operate in platforms such as Facebook, Twitter, Instagram and Tumblr, in addition to having email accounts of their own. ComScore, a firm that measures Internet traffic, estimates that 3.6 million of Facebook’s 153 million monthly visitors in USA are under 12. 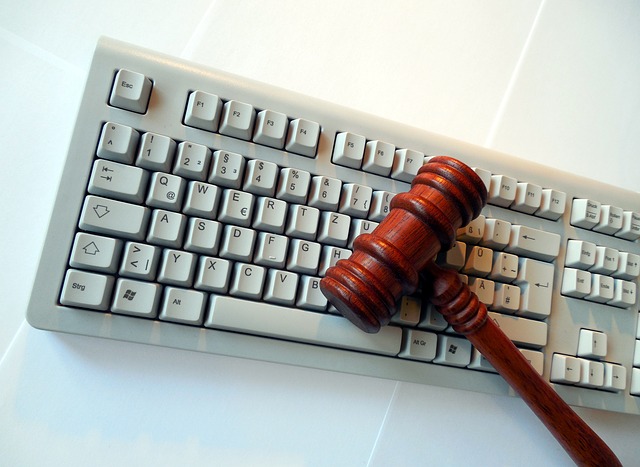 In many cases, children join network sites (including emails) with full knowledge of their parents, and lie about their ages. Although many parents do not mind the “minor fib” that allows children to be online, and are aware of the risks of children on the internet (exposure to inappropriate content, cyberbullying, sexting, pedophilia etc.), there is less clarity on legal issues.  The legal challenges that are associated with the use of social network sites by underage users, such as validity of membership, consenting to share or be tagged in photographs and liability for certain actions, remain unknown compared to more (un)popular issues such as cyber crimes and privacy concerns.

Governments around the world have been addressing the problems in Internet material that are either illegal in the real world and/or harmful or unsuitable for minors. The types of problems perceived by countries differ depending on the political, social and cultural backgrounds. For example, while governments of most western countries encourage self-regulation by the Internet industry and discretion of the end-user in filtering technologies, countries such as China, Saudi Arabia, Singapore, the United Arab Emirates and Vietnam block access to content deemed “unsuitable for adults”. Child pornography is another area that faces varied legal implications in various countries. It, is perhaps one of the most dangerous issues that requires urgent and serious legislative crackdown. The worldwide adult industry revenue in 2006 was $97.06 billion, of which $13 billion was in the United States; a disturbing number indeed. But what is more rattling is that 40 percent of visitors of such sites had both sexually victimized children and were in possession of child pornography.

Formulating rights and formal limits to the use of Internet by children (and adults) is a challenging task. Setting the age for the acquisition of rights is, as described by UNICEF, a complex matter that must “balance the concept of the child as a subject of rights whose evolving capacities must be respected with the concept of the State's obligation to provide special protection”. Dr Ellen Helsper, associate professor in media and communications at the London School of Economics, believes that research on children's online lives must aim to inform regulators about appropriate legislation. However, a common legislation is challenging, if not impossible because the impact of the internet (and social networking, which have almost become synonymous to “Internet”) is not uniform for all users; age, socio-economic background, psychological characteristics, location and education influence how children, indeed people in general, are affected by online material.

The rules and laws that apply to the real world may not be directly applicable to the cyberworld. Online interactions present new kinds of relationships across time and space, which would not be possible in the offline world. For one, it becomes very easy for identities to be hidden or misrepresented, making accountability and track-back difficult. Lack of social roles and traditional cues of conversations provides scope for dissimulation, fraud, exploitation and abuse of trust.

But that does not mean the Internet is a free-for-all jungle out there. Government and industry-sponsored schemes have been designed to provide various layers of protection to children online. These include age-rating classification schemes, filtering systems to block unsuitable or harmful content, formulation of laws and acts etc., which attempt to facilitate the fostering of trust in the Internet for learning, information and communication.

The Communications Decency Act, 1996, was perhaps the first legislative action by the US government to regulate content on the Internet. It was aimed at protecting children from inappropriate content on the Internet and the Act restricted speech of adults which, ironically, in the real world would have been perfectly legal. Naturally, in due course, the Act was deemed by the Supreme Court as imposing ‘impermissible burden’ on the free expression rights of adults and hence, was ruled out as unconstitutional.

The Communication Decency Act was followed by the Children's Online Privacy Protection Act of 1998 (COPPA), which regulates collection of personal information by persons or entities from children below 13 years of age. It also provides guidelines and rules for designing privacy policies, which a website operator must follow when designing a site that could be used by minors and stipulates when and how to seek verifiable consent from a parent or guardian to protect children's privacy and safety online.

The Children's Internet Protection Act (CIPA) aims to protect children from obscene or harmful content over the Internet in schools and libraries. All institutions that receive grants and discounts for Internet through the E-rate program are subjected to CIPA, which ensures that children using the internet in these places are not exposed to obscene material, child pornography and harmful messages. Organizations coming under the CIPA are required to actively monitor the online activities of users and educate minors about appropriate online behavior, including ethics to be followed during interactions with others on social media.

The US FBI has a separate department to investigate high-tech crimes, including cyber-based terrorism, espionage, computer intrusions, and major cyber fraud. CyberTipline offers a convenient and safe place to report cyber crimes, especially against children. i-SAFE, a non-profit foundation aimed at educating youth to make their Internet experience safe and responsible, works with law enforcement agencies to foster cyber-safe communities. Help is available from child safety organizations, the Attorney General's office and other organizations to become educated on Internet safety issues.

It is heartening to note that the Federal government of USA extensively funds task forces to support state and local law enforcement in protecting children against Internet crimes, with beneficial outcomes. For example, between April and May 2015, Internet Crimes Against Children (ICAC) Task Forces, funded by the Office of Juvenile Justice and Delinquency Prevention (OJJDP), arrested 1,140 child predators from 41 states in an operation called “Operation Broken Heart”. The task forces have also delivered more than 2,200 presentations on Internet safety to more than 186,000 youth and adults during these two months.

These efforts aside, the fit of Internet into the current system of jurisdiction continues to remain ambiguous in many countries, including America, and Internet users do not have a unified set of rules or laws to live by.  Formulating generalized laws is challenged by the pervasiveness of the Internet over nations with widely differing real-time laws, and by the complicated architecture of the Internet that makes it easy for people to obfuscate their identity and location.

Any law is enforceable only with cooperation from all parties involved – the legislature, executive, judiciary, and most importantly the public. Legal systems that oversee the Internet are geographically restricted. Such a restricted system would put a sizeable burden on state and local authorities, without ample support from the users themselves.