The Influence and Risks of Social Media 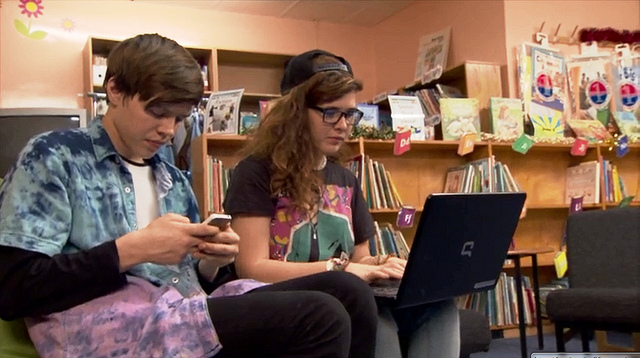 While social networking undoubtedly plays a vital role in broadening social connections and learning technical skills, its risks cannot be overlooked. The lack or difficulty in self-regulation and susceptibility to peer pressure makes adolescents vulnerable to such evils as Facebook depression, sexting, and cyberbullying, which are realistic threats. Other problems such as social network-induced obesity, Internet addiction and sleep deprivation are issues that continue to be under intense scrutiny for the contradictory results that have been obtained in various studies.

The American Psychological Association defines bullying as aggressive behavior by an individual that causes discomfort to another. Cyberbullying ranges from direct threatening and unpleasant emails to anonymous activities such as trolling. 32% of online teens admit to having experienced a range of menacing online advances from others. While direct unpleasant emails or messages are the most straightforward form of cyberbullying, they are probably the least prevalent in that only 13% of surveyed youngsters admitted to receiving threatening or aggressive messages. Even forwarding a private note to a group without permission from the sender is often perceived as cyberbullying; Pew research found that 15% of teens were disturbed and uncomfortable about having had their private message forwarded or posted in a public forum. Pew also found that nearly 39% of teens on social network have been cyberbullied in some way, compared with 22% of online teens who do not use social networks. Trolling, the act of deliberately inflicting hatred, bigotry, racism, misogyny, or just simple bickering between people, often anonymously, is also pervasive in social network. If you thought Trolls lived under bridge, 28% of America lives there, it seems.

A very important cause for cyberbullying is the anonymity possible on the internet. According to Stopbullying.gov, two kinds of people are likely to be cyberbullies – the popular ones and those on the fringes of society; the former resort to such activities to stay popular or to feel powerful, while the latter troll to fit into a society or to get back at a society that excludes them. The National Council on Crime Preventionfound from a survey that about three out of four victims of cyberbullying eventually trace the identity of the cyberbully, and so the anonymity may not be as safe a net as the bully believes. The cyberbully is often a friend (if they can be called that without insulting the word or sentiment), or someone they know from school or outside. Only 23% of the victims reported to have been bullied by someone they don’t know.

Cyberbullying appears easy to the bully because they do not see their victims’ reactions in person, and thus the impact of the consequences is small. In reality, however, the consequences can be life altering to the extent that the victims could go as far as taking their lives or become psychologically distressed enough to require medical intervention. The ironically individualistic nature of social networking activities makes it difficult to recognize a victim of cyberbullying, but tell-tale signs include avoiding or being anxious around the computer or cell phone and sudden change in behavior patterns.

Sexting, the action of sending sexually revealing pictures of themselves or sexually explicit messages to another individual or group, is another common activity among the teen community in social media. A nationwide survey by the National Campaign to Support Teen and Unplanned Pregnancy found a shocking 20 percent of teens participating in sexting. While teenage boys resort to sending sexually explicit or suggestive messages, teenage girls are more likely to send inappropriate photos of themselves, mostly to their boyfriends. However, the permanence and pervasiveness of the internet makes it a fertile ground for spreading such information to the extent of getting viral - 17% of sexters admittedly share the messages they receive with others, and 55% of those share them with more than one person. Beyond the personal trauma and humiliation sexting may cause, there are judicial ramifications as well; some states consider such activities as misdemeanors while many group sexting under felony.

“Facebook depression,” defined as emotional disturbance that develops when preteens and teens spend a great deal of time on social media sites, is now a very real malady. Recent studies have shown that comparisons are the main cause of Facebook depression; the study showed that down-comparison (comparing with inferiors) was just as likely to cause depression as up-comparison (comparing with people better than oneself).  However, there are contradictory reports as well.  Another study showed that Facebook makes us happier and increased social trust and engagement among users. Given that our brains are wired to connect, it seems logical to expect that social networks, by enabling sharing, could cause a self-reinforcing sense of psychological satisfaction.  These studies show that the effect of social network on well being hinges on how social networks are used – whether to connect or to compare.

Other risks of extensive social networking among youth are loss of privacy, sharing too much information, and disconnect from reality. The digital footprint is a permanent trail that users of social media, indeed of the Internet itself, leave the moment they sign into any service. The digital footprint, by its permanence, can have serious repercussions in future, in both professional and personal areas of life. It is important to know that every activity online – posts on social media accounts, comments left on various sites, tweets, retweets and +1s through years can contribute to the digital footprint. Another serious risk is the amount of information shared on social network sites. LexisNexis and Lawers.com surveyed 1,000 Americans and found that half of them divulged too much personal data online. What is more worrying is the fact that 44 percent of them believed that the information they posted on sites like Facebook, LinkedIn or MySpace were being used against them.

Adolescence is the time to spread wings and take the tentative first flight out into the world, and parents and caregivers must be part of the process. In the domain of social networking, this entails parents becoming educated about the advantages and disadvantages of social networking and themselves joining social network sites, not to hover, but to be aware of the activities of their teenage wards. It is essential that parents are aware of and monitor privacy settings and online profiles of their wards. Open discussions about social network protocols and etiquettes would go a long way in establishing global digital citizenship and healthy behavior.