How To Make An iPod touch Safe For Kids

Mobicip was featured in this article by CoolMomTech last week. Thanks much. We don't consider ourselves high end, but we sure appreciate the mention! 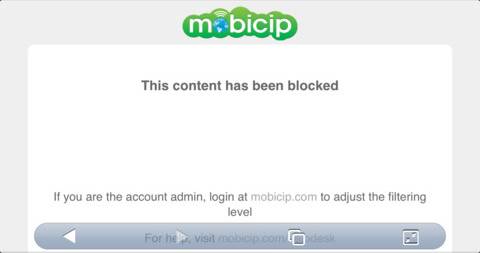 The Mobicip app is on the higher end at $4.99, and offers the ability to set levels based on your kid's age (I chose elementary) and looks fantastic-- just like Safari in fact.

Read more: How to make an iPod touch safe for kids on CoolMomTech