A Gentle Introduction to 'Vamping'

Share
'Vamping' is the latest tween lingo bound for the English language dictionary. You probably haven't heard the word, but as a digital parent, its very likely that you know what it refers to. 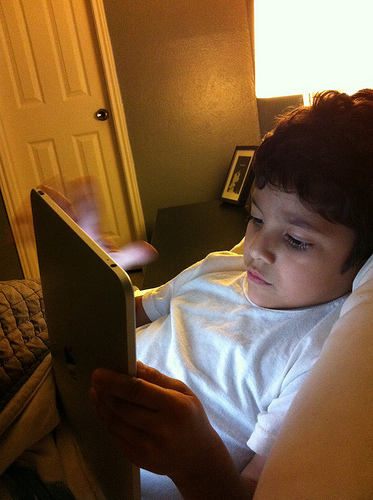 The hashtag '#vamping' is used by kids and teens camping out like vampires on social media late into the night, unbeknownst to parents. The phenomenon is so widespread that school administrators, academics, and the media have taken note. Busy schedules during the day, a craving for unstructured activity, and good old peer pressure, are all attributed as reasons for young users to jump on the bandwagon.

Of course parental controls like Mobicip can help limit internet usage late into the night by setting up time limits. But experts suggest that a more effective parenting approach may be to disallow the use of electronics in the bedroom after bedtime. Sounds like a no-brainer? But its easier said than done, mainly because parents themselves have a hard time switching off at night!
To report issues or feedback, please get in touch with us. If you're happy with Mobicip, leave a happy review on the Apple App Store or Google Play store! Your feedback and support will be greatly appreciated!
The Mobicip crew
Questions? Check the helpdesk
Check out our blog for more
This is a copy of the latest Mobicip newsletter. Click here to subscribe.