There is no question that parents are the first role models for kids. But a recent study makes a claim that a father’s level of education is the strongest factor determining a child’s future success at school. The report from the Office for National Statistics in the UK claims that children are seven and a half times less likely to be successful at school if their father had a low level of education, and three times less likely to have a low educational outcome if their mother did so. 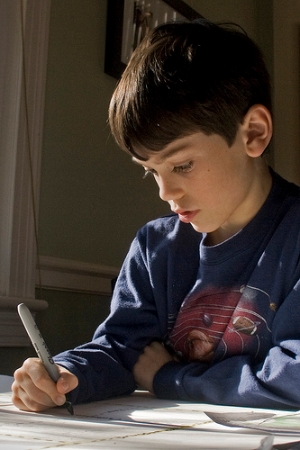 Previous studies have indicated such a link between parent-child education levels, but the latest study shows a marked impact of a father's attainment level on the child's education. “This report shows just how important education is in breaking that cycle of poverty across generations and ensuring that poor educational achievement is not transmitted from parent to child,” says Conor Ryan, Director of Research at the Sutton Trust, a think tank that addresses educational inequality. Learn more.

To report issues or feedback, please get in touch with us. If you're happy with Mobicip, leave a happy review on the Apple App Store or Google Play store! Your feedback and support will be greatly appreciated!
The Mobicip crew
Questions? Check the helpdesk
Check out our blog for more
This is a copy of the latest Mobicip newsletter. Click here to subscribe.
Photo credit: woodleywonderworks / Foter / CC BY
Tags :
Parental Controls