This article is the second in a series on Effective Implementation of iPads in Classrooms. See Part 1 here. 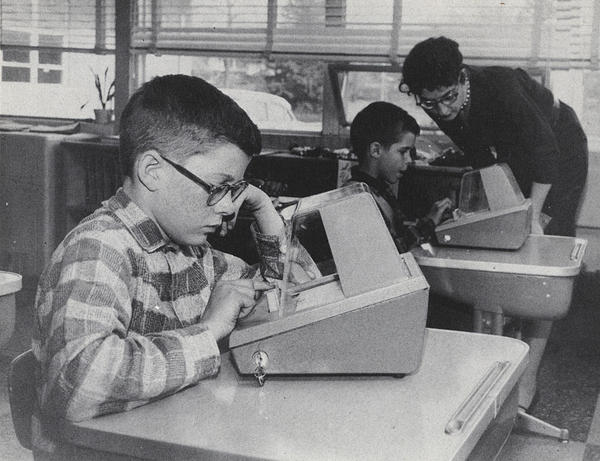 iPads are not Computers

Trying to replace the computer with an iPad is another mistake schools commonly make, says Tom Daccord, while speaking about mistakes schools make in deploying iPads in their classrooms.
You must never think an iPad as a computer replacement; rather it complements computers. If you do so, you will only be dissatisfied for your iPad cannot function like a computer. Meanwhile you will miss out on all the benefits the tablet has for you.
The iPad is a mobile learning device in the true sense of the phrase. Encourage your students to make audio-visual recordings or take subject related photographs wherever possible. Use this gadget to add life to your teaching and turn your students into active learners.

If you are a History teacher, take your children on a virtual tour of ancient cities. If Math is your subject then screen cast problem solving. Come up with fresh ideas. iPads are best used creatively. You can never engage your students as well by standing before them and explaining the facts. Monologues bore.

iPads are not Multi-User Devices

Many schools try to implement one-tablet-per-child policy, but availability of funds restrains them. So they follow the next best option of sharing iPads across users. If your school is currently following this strategy, you may be aware that it’s somewhat of a nightmare to deal with.
A better option would be, says Tom, to select a few pilot classrooms and allocate the iPads to those students for an entire year. This has another advantage. You can weed out shortcomings, monitor the success rate, and add more iPads in future while following the practices that suit you best. Or you can also support the 'Bring Your Own Device' model, which are both better than deploying shared iPads among students.
To be continued...
Shaila is a blogger at Mobicip - the most popular internet filter for iPhone, iPod touch, iPad, iPad mini, Android-based tablets and smartphones, Kindle Fire, and Windows laptops. Shaila loves to write about mobile learning and the impact of technology and the internet on family, school and business.
Photo credit: dbostrom / Foter.com / CC BY-NC-SA
Tags :
Mobile Learning