Are Teens Aware Of Online Dangers?

During our childhood, we were often fed on Edward Coke’s words of precaution being better than cure. This has churned out a generation of cautious people; instincts further sharpened once we turned parents.  However, many of us feel, protecting our children in the physical world is a relatively known territory; while it’s the virtual world that we consider unchartered waters.  Still our generation of parents has done remarkably well and according to a report by Hart Research Associates submitted to The Family Online Safety Institute, 9 out of 10 parents’ report they are well informed of their teen’s online activity. 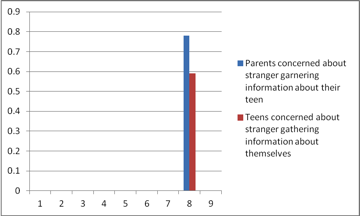 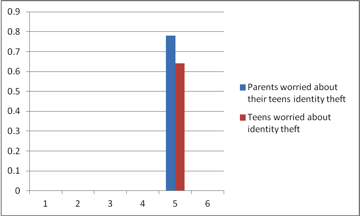 The data reveals that parents and teens are both aware of online threats though in varying degrees. Teenagers have subsequently taken many steps to protect their online privacy, especially in the social networking sites. 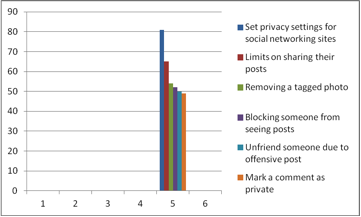 Though this graph speaks of the high awareness levels among teens, an astonishing fact remains that a significant number of them have made an online posting which can reveal their personal information.

Recommending a TV show or commenting on a blog is the most common act. While risky acts like name sharing and still riskier acts like address and password sharing and planning to meet someone are also not unknown albeit rare.

Less risky acts with strangers like befriending an unknown person or sharing TV recommendation are commonplace. Yet, what is the surprising is the propensity for riskier acts. 51% of teens have done at least one of the following

This report reveals that teenagers are aware of online dangers, yet they make mistakes. As a parent your biggest challenge is to step back and allow them to make some mistakes for this is how children learn. This has been the norm since they were toddlers. However, mistakes and associated risks increase with age. Your role assumes significance here and you have to find the right balance between minimizing risk and being a helicopter parent. This parenting style helps raise successful children, the article in the Sunday Review of The New York Times details further.